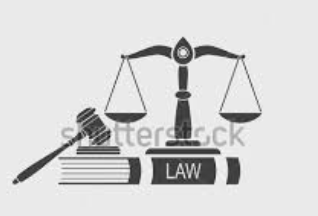 The concerned youth group of Jalingo-Maiha district has temporarily suspended her Maiha maiden march, tagged, “Peace Pilgrimage” in protest against what the aggrieved considered as internal interference by aliens, ethnocentric aggressors bent on causing dissension for anarchy in an attempt to destroy an established monarchy traceable to Bn Fodio rooted zeitgeist.

In protest against what group could not conjure up to have informed the delay on the part of the Adamawa state governor to approve the appointment of Barr Mahmud Abubakar Sulaiman as legitimate district head of Jalingo-Maiha, in honour of the High Court order as reaffirmed by the Appeal Court.

In an executive violation of the traditional council, former governor Bindow of Adamawa state snubbed the recommendation of the Emirate Council by appointing an unacceptable alien to the monarchy as district head of Jalingo-Maiha.

Bindow’s unlawful appointment was challenged before a Yola High Court, by the legitimate heir to the stool, whose name was by the Mubi Emirate Council submitted to the Adamawa state governor for approval of appointment as district head.

The High Court’s declarative judgement of July 13, 2018, has restrained the Bindow appointed from parading himself as district head and directed the Adamawa state governor to approve the appointment of Mahmud Abubakar as the district.

Governor Bindow would not honour the court order, which opened an arrogant window for his appointed but court nullified district head for a continued romance with the contempt of court that has degenerated to sacrilege and violence intended for anarchy against the monarchy in Jalingo-Maiha district.

The Bindow appointed was said to have been sponsored to file an appeal against the High Court judgement that defined him as illegitimate to the stool. An appeal for which it was reported, the Appellant who has pending criminal case for which he was on bail, would not want to have judgement delivered.

Bindow would not succeed himself. The 2019 newly elected governor was, during the maiden state executive council meeting, reported to have declared that the court order should be honoured because it was long overdue.

A twist of statement however, decided otherwise, hence the court restrained-Bindow-appointed kept on enjoying his romance with the contempt of court order with impunity.

Barely few months to the determination of the Appeal Court, the Adamawa state governor, in honour of the Court Order, not only restrained the Bindow appointed from parading himself as district head, he was also suspended from Jalingo-Maiha district for a fresh air to the monarchy and the district.

To that effect, the Mubi Emirate Council appointed Muhammadu Dalil to serve as district head of Jalingo-Maiha in acting capacity.

It was said that the state governor was advised to suspend honouring the other part of the court order, which required him to approve the appointment of Mahmud Abubakar as the district head of Jalingo-Maiha pending the determination of the Appeal Court.

The Appeal Court has in the judgement delivered on Friday, September 25, 2020, reaffirmed the High Court judgement by dismissing the appeal; signed and sealed.

There was jubilation in Jalingo-Maiha district and beyond with the appeal court judgement that the subjects as electorates waited to this day for governor’s approval of appointment of the Emirate Council selected, court declared district head.

Instead, rumours started making the rounds in Jalingo-Maiha that like Bindow, governor Fintiri would also not honour the courts orders “because the court declared district head is a Fulani whom the alien tribesmen would not wish to have mounted the stool, occupying the palace, heading the central mosque, which they have no business with.

“The rumours are consequent upon the delay on the side of the governor to honour the court order,” a sage would say

“This is almost three months and still counting, after the determination of the Appeal Court, for which we learned was what informed the suspension of the governor’s initial approval of the appointment of our district.

“We don’t know and can’t conjure up the meaning behind the delay in approving the appointment of Mahmud Abubakar our district head. It is what our peace pilgrimage will seek to have explained.

“We’re however hereby temporarily suspending the peace pilgrimage scheduled for tomorrow Saturday and Monday because of Covid-19.

“To honour the NCDC containment protocols, we resolved that we should have to provide the required preventive protectives; facemasks, hand sanitisers and infrared among others in addition to the consideration of the physical and social distancing while on peace pilgrimage.

“This is also in consideration that highlights of the peace pilgrimage will include world press conference. We will want to ensure the security and Covid-19 safety of the media, both national and international to be invited to cover the Maiha maiden march.

“Arrangements are however currently aggressive, a new date shall soon be fixed. The fasting and prayer aspects of the peace pilgrimage are however not suspended; there have been prayers for peace and mutual coexistence in the entire mosques in the district, the addition is the Qunut prayers to be observed from tomorrow in individual houses.

“The Qunut Prayers is to seek for Divine intervention against whoever joins in conspiracy that is causing the delay in the return of our legitimate district head to take over the palace.

“Happily the teenage along with the parents are joining in the fasting and the aged are joining in the continued Qunut Prayers against injustice, against contempt of court order, against the good peace loving and peace living people of Jalingo-Maiha district,” the concerned Youth group issued the statement while ago.