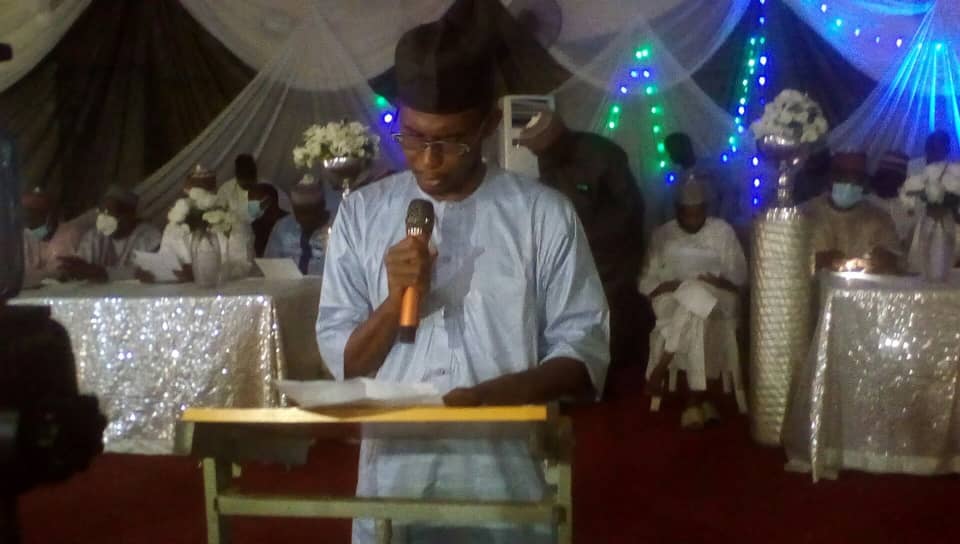 The Blackcap movement, having remarkably dual faces as a human right and pressure group politically speaking that seeks to enthrone good governance has on Sunday honoured some sons and daughters of Adamawa for their immense contributions to the development of the state.

Speaking on the rationale for the award, leader of the movement, Mustapha Atiku Ribadu said the event was mainly to recognise men and women of timber and calibre whose contributions led to seismic growth of democracy, human rights and the society.

Ribadu noted that contrary to the widely held believe that the movement was only pursuing political goals, she was actually a good governance group with interests in human rights, education and philanthropy.

“Although on the surface, the movement appears to be politically skewed, in truth, it is a movement that has been making robust contributions to the development of humanity and society in the areas of education, human rights and philanthropy and has achieved very sterling and momentous records.

“Ladies and gentlemen, at this juncture, I will say without hedging or the fear of being disputed that the Blackcap has fought many battles devoid of politics and has championed the rights of many individuals in the society.

“The movement in its few years of existence has stoutly fought societal ills, injustices and all manner of vices such as human rights abuses, child abuse and police brutality.

“It has also rendered a number of community services, and became popular for bringing succour to the less privileged members of the society.

“It has also attended to those with complicated and serious medical challenges while also fighting to ensure good governance,” Ribadu said.

Promising to sustain the tempo of the movement’s strides toward good governance and fair play in the society, Ribadu said the group will institutionalize the award and will in due course organize a peace and security summit aimed at bringing back sanity and calm to the society as the nation marched towards another election cycle.

“In our move to further enthrone the spirit of politics without bitterness, we will in due course hold a summit where we will preach the spirit of tolerance and politics without bitterness as we believe that enhancing such areas of mutual cooperation will go a long way in bridging the gap between various stakeholders and political parties. It will also go a long way in addressing thuggery and other related blights especially as we march towards another electioneering period,” he said.

In his welcome address, the chairman of the occasion and former Deputy Vice Chancellor of Modibbo Adama University of Technology (MAUTech), Professor Bashir Aliyu lauded the Blackcap for such awards adding that it would energize others to work for the good of the society.

The university don noted that the fact that the Blackcap recognised achievers from various constituencies justified its being apolitical, such altruistic and patriotic purpose Bashi said, was what made him to agree to chair the event.

In his remarks, the guest of honour and former vice chancellor of Adamawa State University, Professor Alkasum Abba who spoke on corruption and governance noted that for the society to regain its lost glory, concerted efforts must be made to fight corruption head on.

Alkasum who was represented by Professor Buba Aliyu, a university don with MAUTech Yola noted that the fortunes of Nigeria kept nose diving as a result of massive corruption and deceit, which if not holistically addressed, Nigeria’s woes would only multiply.

The university don revealed that what made corruption to thrive in Nigeria was the collective failure of Nigerians to ensure that those who loot public assets are punished, as obtained in other climes.

Alkasum lamented that the massive injustice, corruption and lack of opportunities facing the country portended more harbingers of woes to Nigeria, where he said that unless the countrymen keyed into the Blackappists’ call to have corruption totally nipped in the bud, Nigeria would only more doom.