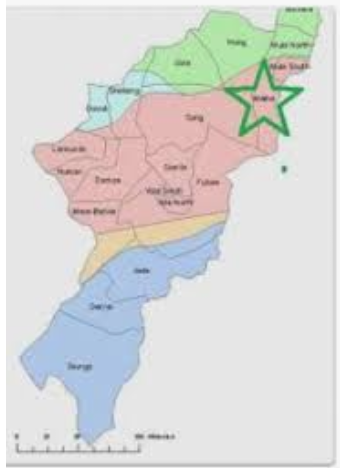 * What’s the crime? Would Ribadu, Nyako Jnr or Modi as a governor ignore Maiha local government, delay the approval of appointment of district head of Jalingo-Maiha by snubbing court order? – The youths

Jalingo-Maiha district, Maiha local government area, northern senatorial zone of Adamawa state, northeast Nigeria is generally Fulfulde speaking, predominantly Muslim zone; the devotion, supplications in worship of one God, unity, brotherhood, mutual coexistence, peace loving, generosity, simplicity and honouring visitors among other features, make the district to be regarded as Makkah and Medinah models put together; little wonder the concerned youths who are trying to control their anger against the undue delay on the part of Adamawa state governor in approving the appointment of their court declared district head as directed, about three months after the appeal court judgement by means of peace protest; they tagged as “Peace Pilgrimage”. Pilgrimage, not jamboree, is synonymous with Makkah and Medinah.

Islamic as the subjects as electorates love and live their lives, they seek for Divine intervention against any difficulty and conspiracy by calling for a collective fasting, Qur’anic recitation, Qunut prayers at individual houses and other supplications and devotions.

The sage explained that the community heard that the delay in the approval of appointment of their district head 87 days after the appeal court judgement was not unconnected to the insinustion that some people who are closed to the corridor of authority, though non indigenes of the district and indeed Maiha local government, would not want the court declared, Emirate Council recommended, to be appointed as district head because “he is a Fulani; forgetting that it is his birthright; ignoring also the fact that in Maiha local government just like Yola and indeed Adamawa state, Fulfulde is more of a language than a tribe the ethnocentric ought not be jealous of”.

The district head of Jalingo-Maiha, Alhaji Abubakar Sulaiman, the Ubandoma Mubi of blessed memory has transited to great beyond when Admiral Murtala Baba Maimangoro Hammanyero Nyako, the loved by all was the governor of Adamawa state.

Governor Nyako was reported to have tasked the heirs of the late Ubandoma to produce a candidate from among them that would inherit the stool. It was a name to have been recommended to the governor by the Mubi Emirate Council, led by the Emir whom the Ubandoma single handedly worked for and by God’s grace to be appointed as Emir and that which was unduly delayed until after Nyako’s tenure.

Nyako, to this day, is synonymous with Maiha. He has extended remarkable dividends of democracy to the local government accomplishing his campaign promises.

Roads and drainages were also constructed and rehabilitated. In addition to the housing units was the skills acquisition training centre that trained modern farming and other entrepreneurship skills.

Governor Bindow who took over in 2015 would not do the Nyako bidding, even though he claimed to have hailed from Maiha. As a price of the seeming whitewashed renovation of the cottage hospital, without equipping it as his lone legacy, governor Bindow metaphorically mortgaged Jalingo-Maiha to monarchical chaos by appointing as district head, an intolerable to the district candidate, against he who was recommended to him by the Mubi Emirate Council.

Bindow’s “anti-Maiha” action would not be left unchallenged before the law. Perhaps intolerably humiliated by the high court judgement delivered on July 13, 2018, Bindow decided to dishonour the court order that restrained the candidate he coerced on the people from parading himself as any district head and ordered the Adamawa state governor to approve the appointment of the Emirate Council recommended, Mahmud Abubakar the heir to the late Ubandoma as the legitimate district head.

Bindow’s vehement refusal to honour the court order induced the people of Jalingo-Maiha to commit the injustice to prayers; seeking for Divine intervention, to also be served the same coin of humiliation, denial, disappointment.

The day the last session of the supplication was successfully through, was the day Admiral Nyako visited Jalingo-Maiha to launch the “O Jippa Tan” campaign for which the wave of the echo metaphorically sent Senator Bindow as governor out of Daughter Hill through the window, even though he bragged that the government house wasn’t mangrove tree for him to be pelted down or send packing.

The people of Jalingo-Maiha district more than anywhere else, celebrated with prayers their victory over the defeat of governor Bindow at the poll; serving him the same coin of humiliation as they prayed for.

The 2019 election ushered in governor Fintiri who promised to do justice by treating people equally devoid of any sentiment and the non interference in the chieftaincy affairs.

The state hailed the new governor when he directed during his maiden state council meeting with the permanent secretaries that the injustice was long overdue, court order should be honoured by having the appointment of the Emirate Council recommended district head of Jalingo-Maiha approved.

The flame of jubilation was extinguished in Jalingo-Maiha district when the subjects as electorates were informed that there was a twist of the directive, contrary to the court order, based on some lieutenants’ recommendation that serving appointment letter to the court declared district head be suspended pending the determination of the Appeal Court any time soon.

To the dismay of the Jalingo-Maihans who thought that the implementation of the court order would be with immediate effect based on political will and non executive inference in the chieftaincy affairs as promised, the attorney general of the state and commissioner of justice was said to have misinterpreted the Appeal Court verdict where he recommended that the Emirate Council should again recommend a candidate for appointment. The Emirate Council would however not be misguided by the misinterpretation that would result in contempt of court order.

The next was the rumours making round that Fintiri has no interest whatsoever with the development of Maiha and that some people who have no connection with the district would not want the governor approve the appointment of a Fulani as district head against court order, explaining the undue delay in the approval of appointment, simply to buy time, working on the script to deny justice, the same process the former governor adopted to dishonour the court order in favour of the impostor; denying justice by delaying the implementation of judgement.

“The persuasive articulation is that Maiha is the only local government in northern senatorial district that governor Fintiri visited only during campaign. He has no single project in the area and that the only executive presence after the election to this day, was the visit of the deputy governor to the Church to worship on one Sunday; no more, no less,” the sage would explain.

The aggrieved youths of Jalingo-Maiha resolved to publicly challenge what they considered as overt and covert conspiracy against the monarchy in Jalingo-Maiha district; they conceived that delaying the approval would amount to denying the appointment of district head. They planned session of prayers, supplications and Maiha maiden march they tagged “peace pilgrimage”.

For the peace pilgrimage, the good security officers intervened for fear of being hijacked by the would be sponsored tauts.

The prayer against the conspiracy associated with the delay and injustice is however on course. It has entered day two, the youths revealed. “We’re amazingly getting more prayer people; more indigenes across the world indicated interest to join in the fasting tomorrow.

“Influential people and worthy politicians are calling to share the pains with us, to commend our efforts and to assure commitment where they possibly could to have our goal scored.”