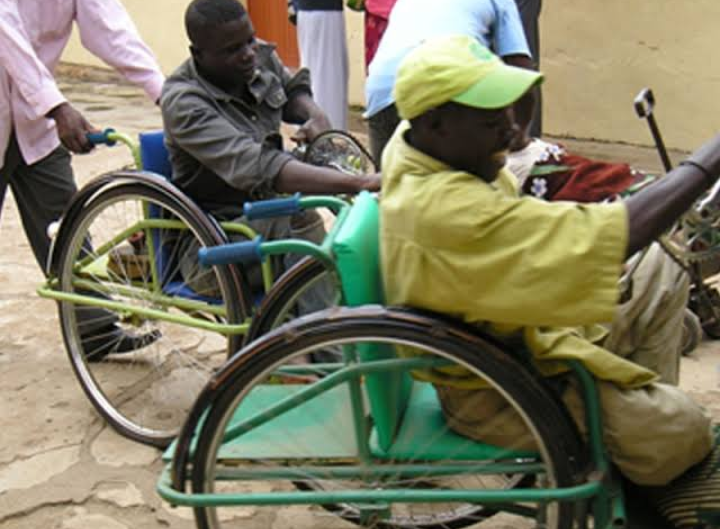 Hundreds of disenchanted members of the Association of Persons Living with Disability (APLWD) Adamawa state have staged a peaceful protest in Yola over what the association described as government’s insensitivity plight, rejection, ostracization and marginalization. They conceived that they are being considered as less than third class citizens in the their very birthplace, which they said must come to an end.

The association has last week accused the state government of deceit, lamenting that after helping Fintiri to win election in 2019, his government abandoned them in the debris of filthy neglect and deception.

The chairman of the association, Eng Sani Sabo recounted that the members of the association have supported the governor, following the mouth watering promises he made to them in the build up to the general election last year but noted with regret that the governor rejected having any post victory conversation with the group let alone honour the association by way of appreciation,with any political appointment.

The association then gave the state government a seven day ultimatum to redress the anomaly or face their wrath.

the group said the government has breached an agreement it reached with their members to carry them along for the support they extended to the Fintri led, during the 2019 election.

Responding, Gidado urged the protesters to exercise patience over their demand for inclusion in governance.

He commended them for conducting themselves peacefully, promising that the governor would see them in January 2021.

“This is the end of the year, the governor is fully engaged with lot of activities that need his attention.

“But we promise to formally see your executives, because of COVID-19 protocol we cannot see all of you at once,” Gidado said.

The Chief of Staff acknowledged group’s contributions towards the electoral victory of the incumbent administration, promising that the government would not disappoint them