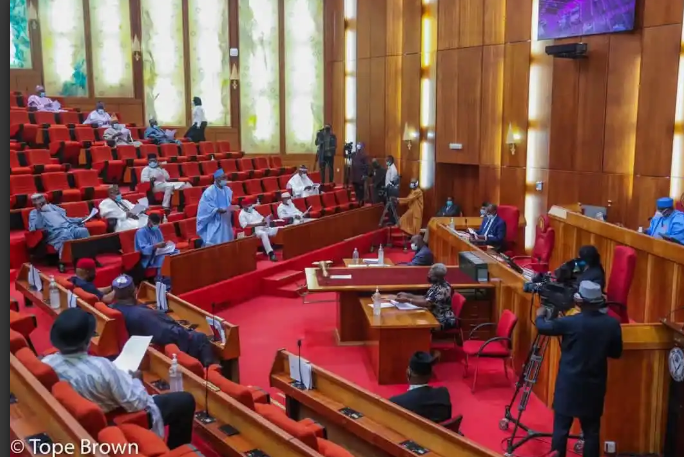 TheSenate has passed Nigeria’s budget for the 2021 fiscal year.

This shows and increase of about N505 billion.

The amount for capital expenditure was increased from N3.6 trillion to N4.1 trillion.

The passage was a sequel to the presentation of a report by the chairman of the Senate Committee on Appropriation, Barau Jibrin.

In his presentation, the lawmaker recommended that N496.5 billion (496,528,471,273) be approved for Statutory Transfers (a category into which the National Assembly budget falls) – which was adopted.

The lawmakers pegged Nigeria’s daily oil production rate at 1.86 million per barrel and the Oil Benchmark Price to $40 per barrel as proposed by the Executive.

The committee retained the exchange rate at N379-$1 as proposed by the executive. It also retained GDP Growth Rate at 3.00 per cent as proposed.

Breakdown
The Senate passed the budget with the breakdown as follows:

Mr Jibrin further said in view of the increasing global oil prices beyond the benchmark of $40, the executive may wish to submit a supplementary Appropriation Bill whenever it deems fit in order to fund critical areas that will help bring the nation out of its current state of recession.

The Senate President, Ahmad Lawan, thanked his colleagues and the executive for the cooperation as he admonished the latter to ensure the full and effective implementation of the budget of the budget.