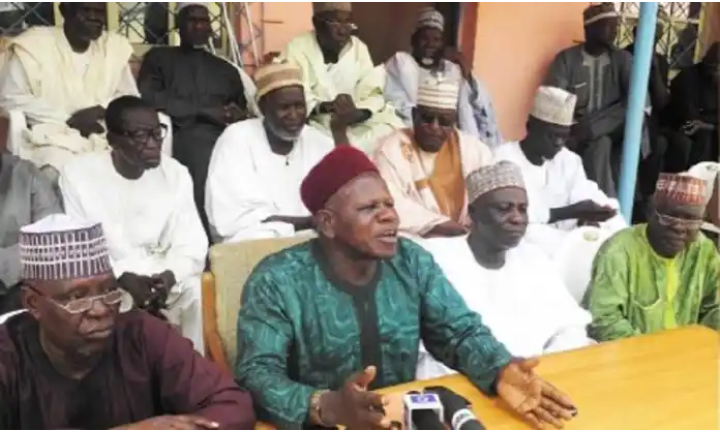 * We only heard in the media that the state government has earmarked N1.5 billion to settle the gratuity of pensioners. it’s a deception, we’ve not received a dime

* We see on the screen the way other governors carry their pensioners along and even pay them their entitlements themselves. Such development made me to wonder weather we are in Nigeria

* If we talk about harmonization now, some of our retirees collect only N4,000 as pension. How many months will such a person spend before buying a bag of sorghum?

The Chairman, Adamawa State branch of Nigeria Union of Pensioners (NUP), Comrade Samson Almuru has accused governor Ahmadu Umaru Fintiri of disrespect and lack of concern for their welfare.

In this interview with selected journalists, the chairman said it is pathetic that after deceiving them with promises of good tidings to have him endorsed in 2019, the governor has conveniently ditched them and left them to their fate after winning election. Excepts:

Q: We learnt that out of the N27 billion the government owed pensioners, Gov Fintiri has made available the sum of N1.5 billion to defray the huge backlog of arrears and to ease your suffering. How did you receive the news?

Almuru: I’m not happy, it is just a pity for the pensioners of Adamawa State. Last time I told you my pensioners are in a pathetic situation. You will pity us when you come to understand that someone who worked for 35 years and retired without any problem has to stay for 5 to 6 years before being captured in the pension roll.

The question is where is such person going to get money to solve all the health challenges and other needs he is saddled with?

We just heard in the media that the state government has earmarked N1.5 billion to settle the gratuity of pensioners. But for me and my members, that statement is a total lie because as I’m talking to you days after the statement was made, we have not received a dime neither did the government officially communicated such vital information to us.

If the governor has respect for pensioners, he ought to invite the exco and tell them that this is what I plan for you and this will enable us to tell our members that this is the situation on ground but he didn’t.

If the governor is sincere, he should have met with us to tell us what he intends to do so that we will be in the full picture of development and pass the communication to our members. But he refused to do that. Honestly, we, like other members of the society are only hearing the information in the media and since then we received no formal communication from the government regarding the statement.

Q: Being an affiliate of NLC, have you communicated your challenges to the union? And if yes what has it done?

Almuru: Yes we have done that severally. Let me take you down history lane, at the peak of the coronavirus pandemic, we met with the NLC chairman and told him that the civil servants were given palliatives but the pensioners who ought to be given priority were not. The NLC chairman was really annoyed and told us that he spoke about the pensioners but no one could listen to him.

In fact, the head of service told us that we were not part of it. So I was surprised that the governor forgot about us. We thought he knew us because I remember the governor came here to look for our votes.

Repeatedly, we went to the head of service and nothing was done. The NLC chairman was totally annoyed because he did not know the reason why the leadership of the pensioners could not see the governor. He tried to see that we met with the governor but his efforts prove abortive.

We reminded him that he attended the pensioners day of 2019 and our problems were laid before him and didn’t know whether he has taken them before the governor since he told us that he was a servant not the executive governor. We also told him that we tried our best to see the governor. It was at that point that he promised to connect us with the governor and arranged a meeting one Tuesday night.

We were happy because we taught we would see the governor so as to relate our problems to him. But to our utter amazement, we were told that we could not see the governor because he would travel.

I could remember that the deputy governor told me not to be harsh to the governor while relaying our concerns to him. But I told him point blank that when I see the governor, I would without hesitation narrate all our concerns because I’m holding trust for over 6,000 pensioners in the state.

Q: We learnt that the government has in the past promised to offset the backlog of your arrears before the end of the year and then the N1.5 billion promise came. Don’t you see it as an attempt to fulfil the promise?

Is it not pathetic to know that a retiree will spend five to six years without getting his dues? The retiree as you know is tired and imperilled by many pestilences, today is 23 December and nothing happens.

Q: Didn’t the state pension board approach you on the matter?

Q: With the situation, how will you celebrate Christmas?

Almuru: The situation is gloomy, even the monthly pension is difficult to come by let alone gratuity. Let me tell you, right now we are yet to collect even our statutory dues. Some pensioners have spent 5 to 6 years without being captured, from that, one should be able to understand our real predicaments.

We see on the screen the way other governors carry their pensioners along and even pay them their entitlements themselves. Such development made me to wonder weather we are in Nigeria. Let’s even rest the issue of gratuity. If we talk about harmonization now, some of our retirees collect only N4,000 as pension. How many months will such a person spend before buying a bag of sorghum?

States like Kaduna have jerked up minimum pension to N30,000. Even some northeastern states are paying better pensions. For instance, Bauchi State is paying N12,800 as minimum pension, Gombe pays N10,000 minimum pension, but most of us here are collecting N4,000.

Anytime there is the government paid more wages, there should be commensurate increment of pensions. The governor and most political leaders do not have sympathy for the pensioners who are old to be their fathers. The members of houses of assembly and other political office holders who serve for only four years go away with all their entitlements. But a worker who served the state for 35 years will be left for 5 to 6 years without pay. It is that bad.