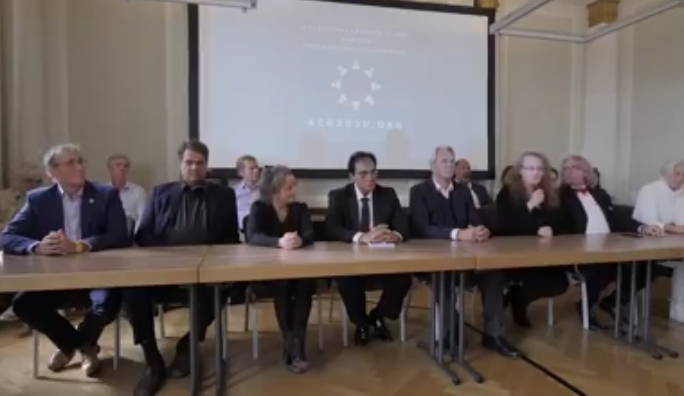 A video posted by a European-based group called World Doctors Alliance claims the novel coronavirus is “a normal flu virus” and there is no COVID-19 pandemic. Although the video was removed from Youtube, portions of the video are circulating on Facebook. We rate this claim as false. Scientists universally agree that the cuase of this pandemic is a novel coronavirus, SARS-CoV-2, and not a strain of influenza. COVID-19 is deadlier than the seasonal flu. COVID-19 so far has killed more people in the U.S. than the past five flu seasons combined.

As reported by Joseph A. Gambardello at Factcheck. org

An 18-minute video announcing the group’s formation was posted on the ACU2020 website but has since been taken down by YouTube for violating its terms of service. Still, portions ofthe video featuring two doctors challenging the science behind the pandemic are circulating on Facebook with false assertions and statistics.

Staking out the group’s position, Elke De Klerk, a Dutch general practitioner, says on the video, “We do not have a pandemic” and calls COVID-19 a “normal flu virus” – claims flatly rejected by the WHO, CDC, and other experts. 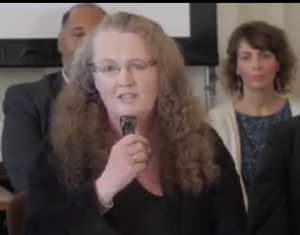 De Klerk claims the pandemic designation was based on poor testing, with the polymerase chain reaction, or PCR, molecular test returning false positive results in “89 to 94%” of the cases. That’s not true.

As for the virus that causes COVID-19, scientists universally agree it is a novel coronavirus, SARS-CoV-2, not a strain of influenza.

While the death rate for COVID-19 remains uncertain, as we have reported, evidence suggests it is higher than for seasonal influenza.

In addition, a CDC study released Oct. 20 found hospitalized patients with COVID-19 in the Veterans Health Administration had a five times higher risk of death than patients with the flu.

The other speaker in the video circulating on Facebook is Dolores Cahill, a professor at the medical school at the University College Dublin in Ireland. Cahill, who has become something of a lightning rod as a COVID-19 denier, claims on the video that there have only been 98 deaths in Ireland due to the coronavirus since April. 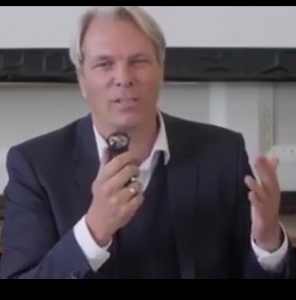 But according to Ireland’s Central Statistics Office, more than 1,800 people have died of COVID-19 in the country, all but 200 since April.

And with cases on an upswing, the Irish government announced Oct. 19 that it was imposing tough new restrictions to slow the spread of the disease. The measures, which will last until at least Dec. 1, require all non-essential retail businesses, barbers, hairdressers, and salons to close and ban gatherings in homes. Restaurants and pubs will be limited to takeout and delivery service.

Cahill has found herself under fire from both her university, which issued a statement disassociating itself from her views, and the European Union, which asked her to resign from an EU medical panel.