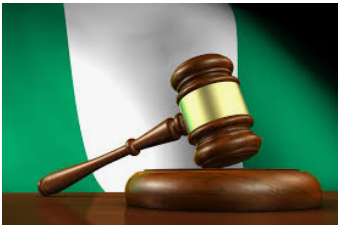 Ninety six days after Appeal Court judgement, the Adamawa state Governor has not approved the appointment of the district head of Jalingo-Maiha, the subject as electorates are into a conversation as to why the undue delay in the the implementation of the courts judgements, when in legal parlance, “justice delayed is justice denied; meaning that “if legal redress or equitable relief to an injured party is available, but is not forthcoming in a timely fashion, it is effectively the same as having no remedy at all,” see Wikipedia.

The supporters of the defeated by courts’ verdict appellant, jubilating over the no approval of the appointment of the district, when in the conversation would boast of having luggage of backups strategy, if one is bursted, the others would serve as boost against being booted out.

“Do you wonder why the court judgement isn’t implemented? It certainly will not be until a solution that will be pleasing to us is adopted,” they were said to have bragged proudly.

The sage would articulate that the allied aliens against the monarchy would want to translate Juta’s script to reality; immortalising the long dead.

“They are in the spirit, hypnotised by the Juta’s apparition, which wouldn’t retire without having the courts judgement re-misinterpreted against the collective selection of the legitimate heir by the Emirate Council that recommended same to the state governor for approval of appointment as district head of Jalingo-Maiha, without undue executive interference, as the law of the land would have it.

“The ghost the ethnocentric inclined mercenaries would in their incantation insinuate but that which neither the distinguished council chairman nor the political appointees from the district have had any encounter with, for acknowledging and recommending that courts order prevailed and should be preserved.

“A seeming ghost of disintegration and destruction that though dreaded, dared development, didn’t charge the allied aliens to challenge the state government against undue abandonment.

“The only natural breeze from the wave of trees, the mangrove inclusive, enjoyed in Maiha was during the Baba Maimangoro Hammanyero Nyako led government, when not just the district but the local government as a whole experienced unprecedented development.

“Nyako would have been intolerable to the tribal jingoists who would not dare him against court order; either not to approve or delay the appointment of the Emirate Council recommended district head.

“Little wonder that Nyako is synonymous with Maiha where he launched “O Jippa Tan” campaign that saw the humiliating defeat of the sitting governor in 2019.

“The alleged tribal jingoists who have no progress of Maiha in their minds to have lobbied for a single state project to be cited in local government.

“The only state presence after the 2019 election was the deputy governor’s visit, primarily for Sunday service in a church in the local government headquarters that has more than 90℅ Muslim population.

“There were kidnappings, the killing of the innocent commercial tricyclist by a drunk, corrupt, trigger happy policeman, manning illegal roadblock to extort N100 from commercial tricyclist that generated national outcry, the natural disasters such as the windstorm that visited Salma-Galdi village, Manjekin ward of Jalingo-Maiha district, there was neither intervention by, nor a visit nor a word of commiseration from the state government. To these, the tribal jingoists kept mute, wished away because they didn’t wish Maiha well,” the sage would lament.

“The Maiha council chairman, proves to be an ardent promoter and defender of the governor more than even the media aids, as a survey could surprisingly reveal. In one of his media interviews, he articulated that the “the best governor is over speeding; he has done in one year what should have a four-year activity, justifying continuity in governance.

“However, the electorates in Maiha district did not see anything worthy of over speeding, which they would conceive, could have accounted “over-bypassing” the local government.

“One would have thought that, for aggressively defending the government, the chairman’s local government should not be ignored or abandoned.

The tribal jingoists have no issue with this. The so-called call for having a district carved out of Jalingo-Maiha would hold water if they would be submissive to the lobby for status upgrading of Jalingo-Maiha traditional council, the sage would say.

There is what can be regarded as myopic perception about social status. The one considered as low profiled could have the most solid connection with the men of fame, enough to put he who considered him infinitesimal to unpardonable fame of shame, the sage would serve the wisdom.

Moralising Khalil Gibran, in matters of choice between two camps, try not to loose both camps; don’t be hypocritical, remain firm and objective with the consideration that you are either with the mammoth of Mammon or the mercy of Muhammad.

The point is, the choice, come what may, must have to be made between the camps When you play the wrong to please the left wing, you are invariably offending the objective right wing. By the time the truth about reality you hitherto ignored, dawns on you, the left wing you considered to be weightier and worthier would have to be sacrificed. Haven’t you lost, in the final analysis, both camps?

Khalil Gibran, a Lebanese-American writer, poet and visual artist, is also considered a philosopher; a title he however rejected.