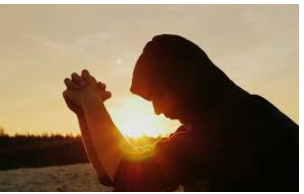 Queen Aishah died in the early hours today while she was being hospitalised in Yola the Adamawa state capital.

The family source revealed that the late Queen will be buried at Yola ancient city’s cemetery, after the funeral prayer scheduled to be observed at Alhaji Babba Lawal’s residence, the late Waziri Adamawa, after Zuhr prayer today, Wednesday, January 13, 2021

Queen Aishah’s transition to great beyond is about seven years after the demise of the district head of Jalingo-Maiha, Alhaji Abubakar Sulaiman of blessed justice, fairness and integrity memory.

The septuagenarian is survived by a nonagenarian mother and twelve children, among whom is the district head of Jalingo-Maiha, as declared by the Appeal Court over three months ago, which affirmed the High Court judgement delivered over two years ago, waiting for the – delayed – for the implementation of the court order by the Adamawa state governor.

“It is indeed an irresponsible loss. May the soul of Queen Aishah, our amiable mother, to Jannatul Firdaus rest in perfect,” Adamu Muhammad Dodo prayed.