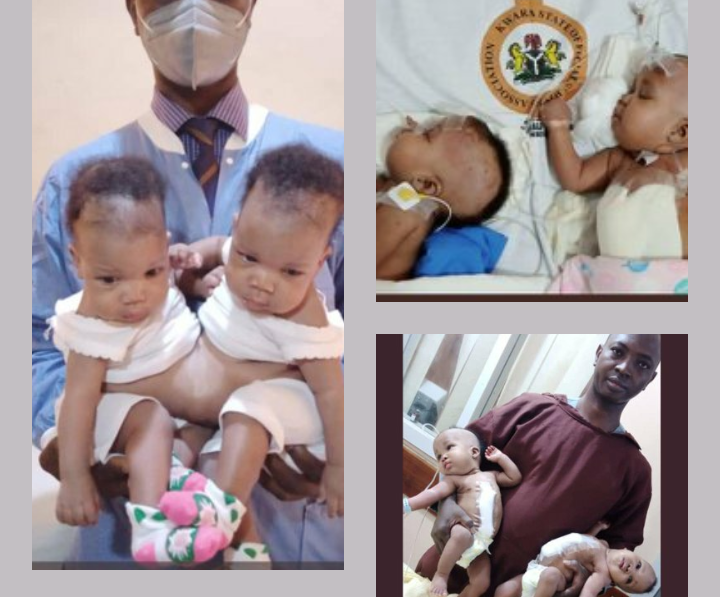 Sources said that the feat by the institution’s team of medics was despite the dearth of equipment at the hospital. Addressing reporters in Ilorin yesterday, the Chief Medical Director (CMD) of UITH, Prof. Abdullah Yussuf, attributed the feat to the commitment and determination of the 66-member team.

Yussuf said medical tourism abroad by some privileged Nigerians could be halted if the needed medical equipment were made available at the nation’s public hospitals.

The professor of Behavioural Science asserted that support from corporate bodies and individuals would greatly assist in this respect, noting that government could not exclusively carry out all the health needs of the citizens.

He noted that the public presentation of the babies was with the consent of the parents, natives of New Bussa in Niger State.

“You are here to celebrate with us one of the milestones we achieved in the last few days: the separation of conjoined twins by this hospital. This was done by a team of experts in the hospital ably led by a paediatric surgeon.

“Today, we are witnessing another breakthrough in this hospital and we are very grateful to God for making this thing possible. We are also grateful for those who have contributed so immensely to the success of the operation, especially the Kwara State Governor, AbdulRahman AbdulRazaq. He supported the procedure by giving us substantial amount of money and that actually propelled us to achieve the feat,” he said.

On the dearth of equipment, the CMD said: “It is not peculiar to UITH alone. It is a general phenomenon in many institutions like ours. Some of our equipment have gone obsolete.”

Parents of the babies, Mr. and Mrs. Tawakalitu Ahmed, begged Nigerians for help to be able to nurture the babies to maturity. Promptly, the CMD announced automatic employment at the hospital for the couple, a piece of news they both received with gladness.