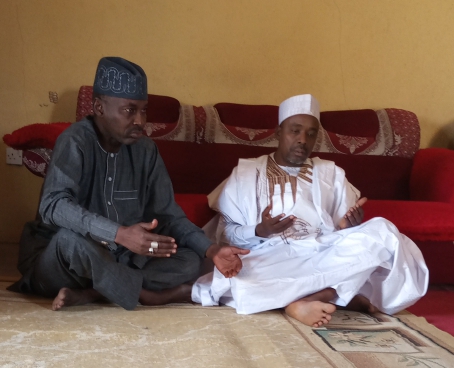 The septuagenarian Queen mother Hajj Aishah, popularly known as Hajja Loddo, has transited to great beyond seven days ago, which attracted thousands of mourners.

The Hon. Member has on Tuesday joined the list of those who registered their condolence at the Jalingo-Maiha district head palace.

Barr Mahmud has thanked the lawmaker for the show of concern.

Barr. Mahmud, the chosen, the Emirate Council Selected and the courts declared district head of Jalingo-Maiha is still waiting for the governor’s approval of the appointment.

The Yola High Court has over two years ago, issued a court order for the appointment of Barr Mahmud as the legitimate district. The court order was upheld by the Appeal Court judgement over three months ago.

Mourners lamented that the undue delay in the governor’s approval of the appointment has made a barrier between the living and the dead as the Queen mother would not live to be among the witnesses to the coronation of her son groomed for effective and efficient leadership.