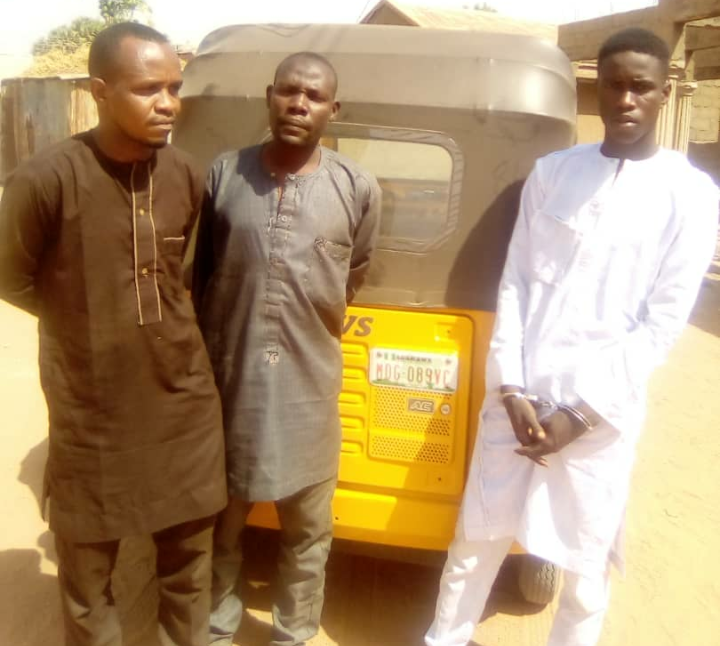 “The Shila suspects, Nasiru Umaru 18, Adamu Mohammed 32 and Babaji Audi 22 were arrested at Ngurore. The suspects are being investigated in connection to criminal conspiracy and armed robbery.

“On the 20th January, 2021 the Command received information about the suspicious movement of the syndicate in a particular hideout situated at a remote area of Ngurore, Yola South local government area.

“On the strength of that, the Commissioner of police Adamawa state, CP A. A. Alhaji immediately deployed operatives led by DPO Ngurore Division and they luckily apprehended all the suspects and recovered tricycle with dangerous weapons.

“Meanwhile, the Command has commended the Police operatives of Ngurore Division for their immediate response, which resulted in the successes recorded.

“The CP while appreciating the citizens for their cooperation and support so far, calls for improved partnership and collaboration between the citizens and the police, particularly in the areas of providing credible and actionable information required in tackling crimes and apprehending unrepentant criminals in the state.

“The suspects will be charged to court as soon as investigations is concluded. The Command will ensure the tricycle is returned to the actual owner”. The press release read.