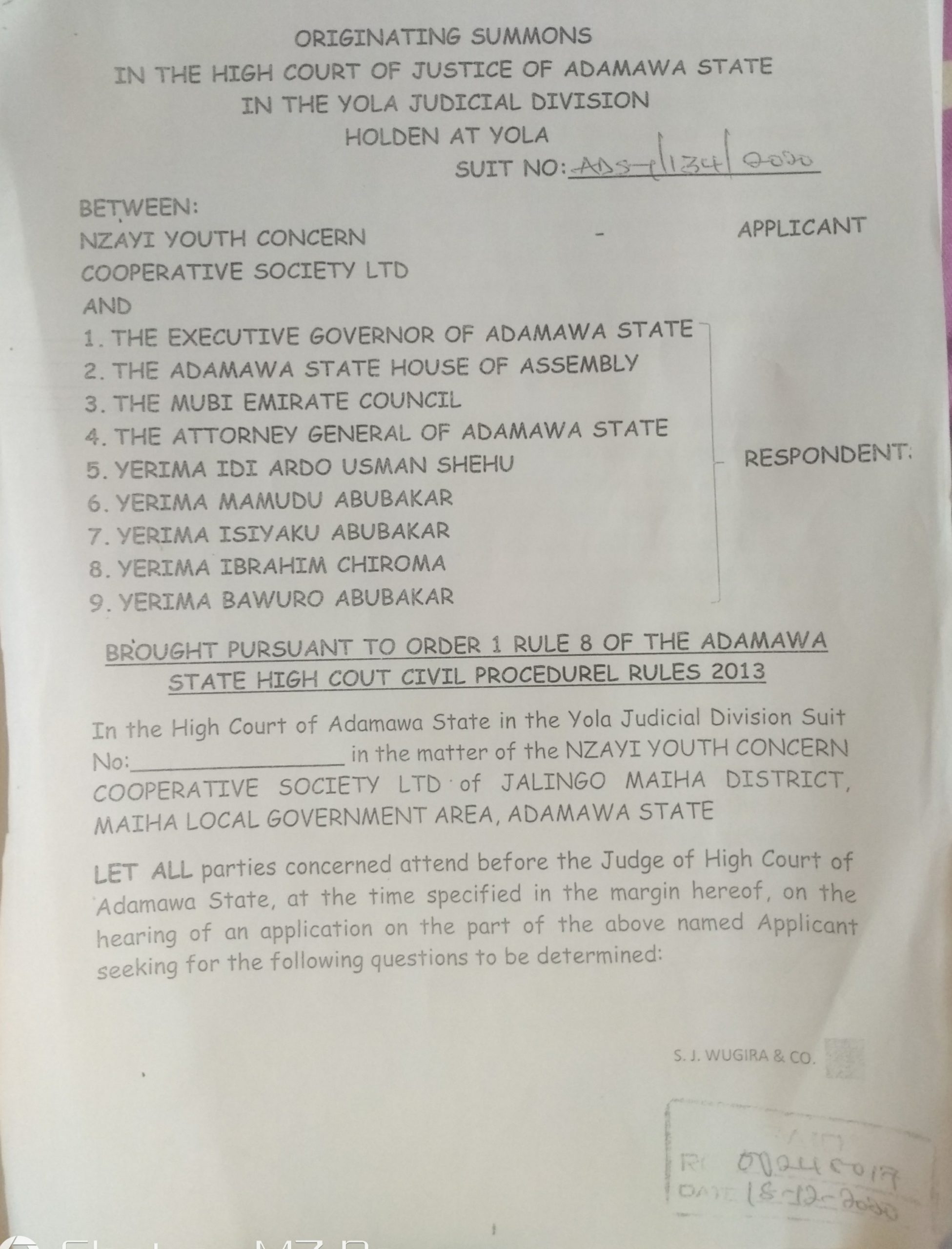 Disappointed, embarrassed, shamefaced and humiliated by the courts ruling that favoured the Mubi Emirate Council’s selection and recommendation that declared the heir to, Mahmud Abubakar Sulaiman as the legitimate district head of Jalingo-Maiha, a group called Nzanyi Youth Concern Cooperative Society Ltd has filed a case against Adamawa State Governor, State House of Assembly, Mubi Emirate Council, Attorney General, Barr Mahmud Abubakar Sulaiman the court declared district head, and the four others who contested for the district headship.

The group’s prayer is for the court to nullify the the nominations, the selection, the recommendation, the High Court judgement and the determination of the Appeal Court that declared Barr. Mahmud Abubakar Sulaiman to take after his father as the legitimate district head of Jalingo-Maiha.

The Periscope Literati has got a copy of the summon for a deconstruction; why would this have to come over six years with the demise of the district head, two years after the High Court judgement and about three months after the appeal court determination..

A sage in Jalingo-Maiha lamented that the group were only exposing their ignorance of history and of the law as much as they are taking advantage of the delay by the state governor in approving the appointment of the legitimate district head of Jalingo-Maiha in honour of the court order.

“Does cooperative society registered long after judgement have the legitimacy to challenge justice without having criminal intention and diversionary tendency?

“Does the cooperative society have sufficient savings beyond that which should carter for the welfare of her members or is the group simply manipulated as a forerunner to the conspiracy against established monarchy?

“Is the “Nzanyi,” as representing a tribe, a language or simply a name of the cooperative society?” The sage would ask.