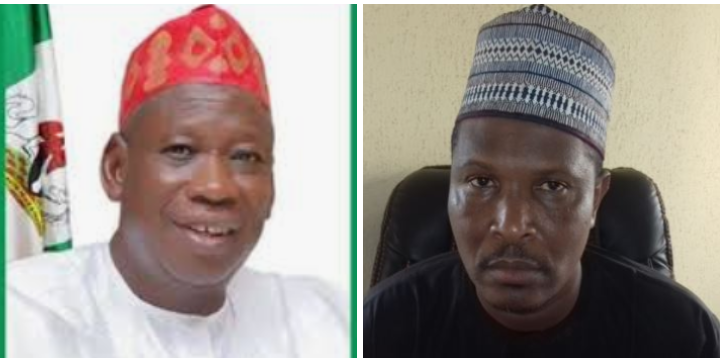 * Miyetti Allah leadership fails to end herdsmen – farmers crises; fails to defend their members from conspiracy, their herds, properties and criminalities in the south – Nura Mohammed

The recommendation by the concerned Fulani who and non Fulani critical thinking northerners have been in pain with the propaganda and the Fulani herdsmen hate, as a fresh found theology to evangelise in the southern part of the country may not seem to be as effective as though the same, that which was given as a contribution to the conversation by the Kano state Governor, Dr. Abdullahi Umar Ganduje, a real Fulani herdsman who understands the situation more than some of those in government and sharper than the Miyetti Allah leadership.

Governor Ganduje said the only way to bring a lasting solution to the farmers-herders crisis is to make an enabling law that would ban the movement of cattle from the north to the middle belt and the southern part of the country.

Governor Ganduje gave the suggestion while speaking to journalists in Daura town of Katsina state when he and his All Progressives Congress (APC) colleagues visited President Muhammadu Buhari.

President Buhari was in his hometown Daura on Friday, January 28, to register his membership of the ruling party.

Ganduje noted that the movement of herders and their cattle to the south was “greatly” stroking the ethnic tension in the country.

Ganduje disclosed that his government was working on Ruga settlement in Samsosua forest where herders can settle and keep their cattle.

According to him, the settlement will have houses, a dam, an artificial insemination centre, and a veterinary clinic and houses where the herders will reside.

“My advocacy is that we should abolish the transportation or trekking of herdsmen from the northern part of Nigeria to the middle belt and to the southern part of Nigeria.
“There should be a law that will ban, otherwise we cannot control the conflicts between herdsmen and farmers and cannot control the cattle rustling which is affecting us greatly.”\

Meanwhile, Alhaji Kirowa Ardo Zuru, president of Miyetti Allah in the southwest, whose leadership however failed to media, to defend the herdsmen from the conspiracy, their lives from killings, their properties from wanton destructions and their herds of cattle from rustling as much as failed to address the criminal activities of some if his members as alleged, has rather called for cooperation and harmony between the locals and the cattle rearers in the region than banning grazing in the south.

Speaking during a meeting between the leaders of the group and the southwest governors held in Akure, Ondo state’s capital on Monday, January 25, Zuru said there was an age-long relationship between the southwest and the Fulani herders.

Zuru noted that it was in the southwest that the herders make huge profits out of their cattle-rearing business because Yoruba people enjoy partying and ceremonies.