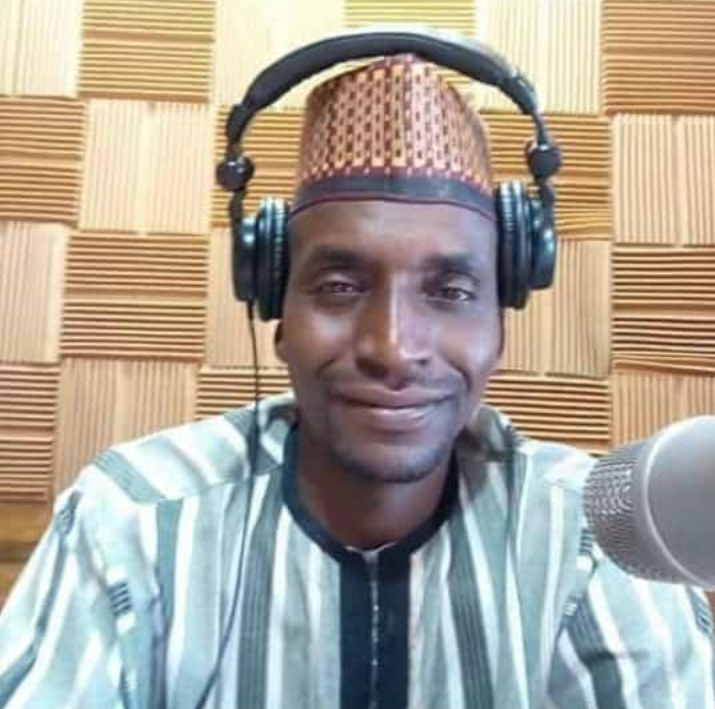 The death has been announced of a veteran broadcaster with international experience, Alhaji Ibrahim AbdulAziz, known as Dan Almajiri

AbdulAziz was involved in ghastly motor accident, along Gombe – Bauchi road on his way to Dass local government, Bauchi state, for a royal wedding.

AbdulAziz was a broadcaster with two VOAs; The Voice of America, Hausa service covering Adamawa and Taraba states and the Voice of Arewa, the first and most popular online TV in Adamawa state.

AbdulAziz was also an artist with FRCN Fombina FM radio, before joining TV Gotel, Gotel Communications, as a presenter.

AbdulAziz served as a correspondent with the Daily Trust, Blueprint, the New Telegraph and the Premium Times online.

The veteran journalist was also a freelancer with the Associated Press AP.

Dan Almajiri was among the early generation of the Board of Directors of the Periscope Publishers; mainstream newspaper and online media.

AbdulAziz was also a co-publisher of the News Hawk online, before floating Dan Almajiri online and Adamawa Times online.

AbdulAziz was a member of Nigerian Union of Journalists NUJ, Correspondents’ Chapel Adamawa state, member North East Online Network (NEON); an association of online publishers in the northeast Nigeria and member Chartered Institute of Global Communication and Diplomacy (CIGCD) in addition to numerous membership of Islamic organisations, among other fraternities.

The quadragenarian is survived by aged mother, three wives and children.

The family source revealed that corpse would leave Bauchi state for Yola, the Adamawa state tomorrow.

May his death be accepted as shahada. May his soul to Jannatul Firdaus rest in peace.