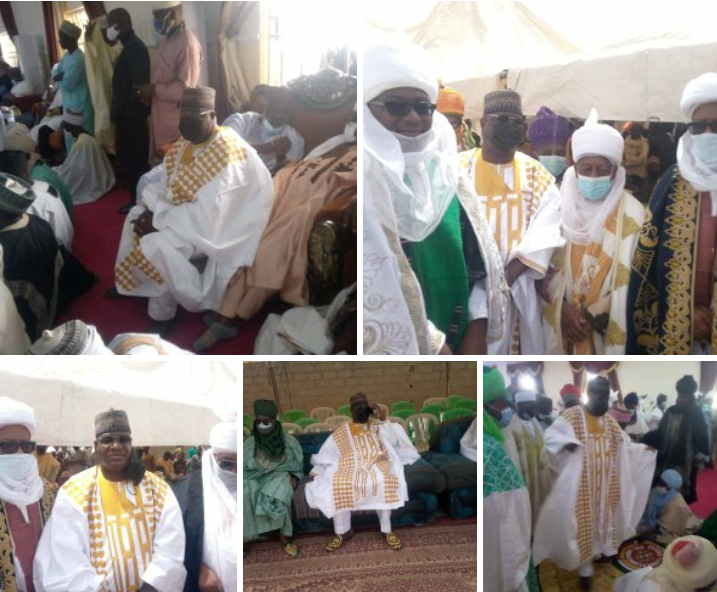 The first Rumbun Adamawa in Fombina dynasty, Adamawa Emirate Council and Council Chairman, Maiha local government, Adamawa state, northeast Nigeria, Dr. Idi Ali Amin was among the rare, so dear and daring dignitaries who were responded to the aristocratic invitation to serve as witnesses to the turbaning of the new Kogunan Zazzau, Alhaji Aminu Saidu with four other traditional title holders as worthy friend and fearless companion and fellow compatriot.

Strategically deploying his diplomatic skills as Fellow member of the Institute of Business Diplomacy and Financial Management IBDFM, and internationally acquired leadership, peace and mutual coexistence skills, with the United Nations-POLAC, Rumbun Adamawa, in his goodwill address, having congratulated, urged the newly coronated Kogunan Zazzau to discharge his duties fairly unfailingly, with the fear of God.

Rumbun Adamawa has charged Kogunan Zazzau to see the new position as a challenge to do more in helping humanity and strengthening cultural and promoting traditional heritage with the air about effective and efficient servant-master leadership.

According to Rumbun Adamawa, there was no better period to receive the title than presently when his longtime, long-standing friend of both in need and indeed was coronated as Kogunan Zazzau, stressing that it is a position that is highly reserved for philanthropists who have demonstrated exceptional leadership qualities in civic and charitable responsibilities.

Describing the traditional title of Kogunan Zazzau as the will of God, Dr. Idi Ali Aminu urged residents and other chieftains in the state to join hands with him to move the state forward.

Rumbun Adamawa has comnended the Emir of Zazzau for recognising his good friend, Aminu Saidu and finding him worthy for one of the highest traditional titles in in Zazzau Emirate.