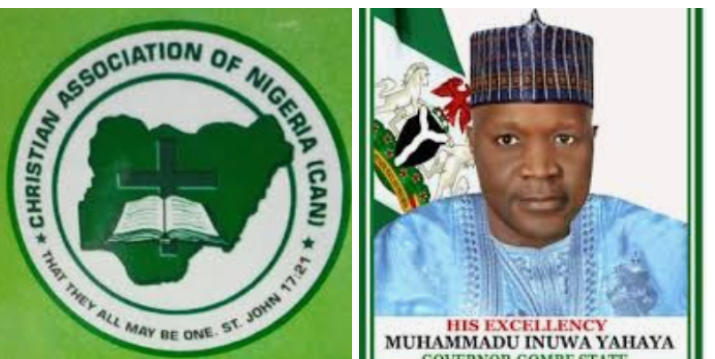 * Gombe govt relaxes curfew from 6am till 2pm

The Billiri chapter CAN chairman, Mr. John Joseph has on Wednesday made the appeal during stakeholders peace and security meeting chaired by Gombe state governor, Muhammad Inuwa Yahaya.

The CAN chairman has assured to work with other Christian leaders in the area towards peaceful resolution of the crisis.

“To the parents who lost their children, we extend our condolences. We the Christian community apologise. We condole with Muslims whose places of worship were attacked.

“AIG, permit me to gather other Christian leaders to meet with Imam and his people to apologise,” Joseph said.

The antichrist violence that resulted to maiming, murder and burning of storehouses, market, Muslim malls and Mosques was consequent upon alleged conspiracy to blackmail Gombe state governor, using religious sentiment where ethnicity would not gain ground.

The antagonists to peace and mutual coexistence, law and justice were credited with the rumoured allegation that the governor has resolved to coerced unpopular Muslim favoured candidate on the chiefdom, following the demise of the former Mai Tangale, Abdu Baba Maisharu II, on January 10, 2021.

The architects of anarchy, using monarchy, have however blamed the violence to the delay in the appointment of the Mai Tangale to cover up the Muslims profiling.

Professed faith is not a criteria for the selection and appointment of a chieftain in Tangale chiefdom.

The stool is usually occupied by any member of the royal family so appointed, irrespective of religious leaning.

The kingmakers were reported to have forwarded the names of three candidates to the state government for the approval appointment.

The antichrist activities have led the state government to declare a 24-hour curfew on Billiri LGA, which took effect from February 19.

The governor visited the area about to be reduced to the republic of antichrist on February 20 with a view to assessing the level of damage and perhaps determine how compensation would be effected.

Speaking to journalists after the assessment, the governor condemned the attacks against humanity and property, where he explained that the government has not appointed any chieftain for the Tangale tribe.

“Government is still on the selection process of appointing a new Mai but some forces took advantage of the development to cause mayhem, just to achieve their personal goal, which as you all witnessed today, resulted in the loss of lives and property.

“We condemn the criminal behaviour and actions committed by those unscrupulous elements and we sympathise with the families of those who lost their lives and property in this unfortunate incident,” the governor said.

After the stakeholders’ meeting, the government announced relaxation of curfew, which would now run from 6am to 2pm, beginning on Thursday.

A statement Wednesday, issued by the spokesman to the governor, Mr. Ismaila Misilli, has dismissed the allegation that his principal has planned to announce the name of an unpopular candidate, contrary to the decision of the king makers.

Misilli was responding to a statement reportedly credited to a “southern/middle belt” forum regarding the crisis.

“It is public knowledge that the Tangale Chiefdom is a mixture of the two major religions, and available records indicate that persons of different faith had in the past few decades occupied the exalted stool of Mai Tangle. The records are there for all to access.

“To the best of the knowledge of the Gombe State Government, the three names submitted by the Kingmakers are the choice of the Tangale people, and any one among them can ascend the throne.

“Thus, against the baseless allegation by the forum, there is no room for the imposition of ‘an unpopular candidate as the new Mai Tangale’ as the Governor will not go outside the names submitted to him by the Tangale traditional kingmakers.

“The Gombe State Government understands that all the three contenders are members of the same Tangale Royal Family.

“For emphasis, all the three nominees are equal before the law, irrespective of their number of votes.

“The Gombe State Government wishes to call on the citizens of the state, especially the people of Tangale Chiefdom, to continue to be calm and peaceful at this moment.

“The state government assures all citizens of the protection of their lives and property without fear or favour.”

Speaking to the Periscope reporter in Billiri, some members of the Muslim community said compensation should have to follow genuine apology.

“It is one thing to apologise, to seek for forgiveness, it is another to consider compensation of what are destroyed as deterrent.

“You can’t be living in the same community, enjoying what you deny the offended and think that whose lives you’ve maimed, whose property you’ve destroyed will honour your apology as genuine,” the Muslims said.