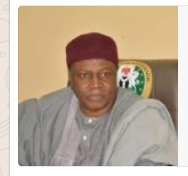 Ardo was responding to what he considered as wild unfounded accusation and character assassination against the Honourable choreographed by those he considered as the governor’s political pundits.

Darius has accused David of looted billions of naira when he was a bursar of Taraba state polytechnic.

Ardo said he found it very necessary and for the sake of peace and unity, transparency and integrity, to put some records straight by deconstructing the allegation with the viral headline : “How Billion Was Looted At Taraba State Poly” and how “our respected” house of rep member fraudulently enriched himself while he was the Bursar of the State Polytechnic.

The story was accorded prominence on the skewed online newspaper: Taraba Truth & Facts, Tuesday, 23 February – Monday, 1st March 2021, believed to have bought over by Darius for evil purposes, has turned to do much more good than harm against their intended plans.

According to Ardo, Governor Darius has metamorphosed to a chameleon with threads of changing colours from progress to underdevelopment; from his initial slogan, “Give me peace and I will give you development,” to “Give him peace and he will give the state wars. Now that he has no more gubernatorial election to contest, with no meaningful legacy to leave behind.

“I don’t think with the way things are going, the governor can ever achieve something meaningful for the people of Taraba within the few years to have his tenure terminated”.

Ardo alleged that Darius was no longer having interest in the peace and development he initially promised the people of the state.

Ardo said that Darius has underdeveloped the state with insecurity, mutual suspension and civil unrest among so numerous to mention unhealthy political mouthed wars, noting that nothing was anymore economically impressive rather than disengagement.

“Only to see him aiming against the hitherto solid political unity tatter, scatter and shatter to shred and disarray as presented by his ineptitude and clueless leadership and good governance,” Ardo alleged.

Ardo has pointed out that the anti David article was entirely plastered with falsehood as part of the ongoing political smear; a war launched against many personalities by the State Government.

“As members and constituents of this Federal Constituency, we would ordinarily have ignored the bag of rubbish presented in that paper mischievously considered as investigation report.

“We have, however, decided to briefly correct these politically motivated and clearly trumped-up allegations in order to disabuse the minds of the public from the crass misinformation contained in the write-up, demanding also for the allegations retracted with an unreserved apology.

“With the massive and popular mandate of this Member of Parliament in 2019, the people of Taraba State, and in particular the Gashaka/Kurmi/Sardauna Federal Constituency, have been witnessing dramatic positive developments not experienced previously in this Constituency.

“The astronomical rise in the social infrastructure and opportunities for the people are unprecedented in the history of the area.

“Indeed, he did well beyond expectation what was previously thought impossible.

“It is to our shock that, rather than find in him a partner in progress, the Taraba State Government on the contrary went livid at his successes and commenced an indefensible “war” against this people-friendly Representative.

“Of late, the Taraba State Governor, alongside a team of woe-begone misadvisers, has descended to an unprecedented low level in his attempt to witch-hunt, “neutralize” or even eliminate his supposed non-supporters, including even merely introverts.

“We have a catalogue of these atrocities but will reserve their revelation at an appropriate time.

“This trash against the person of the Member House of Representatives is just one of these turbulent activities of the Government of Taraba State.

“We can recall that as soon as the Governor came up with his political and ethnic “Wars” in Taraba State, he has spared nobody that was not within his kitchen cabinet.

“Everyone outside their ring was a target of the war. Accordingly, he set up a panel with pre-fabricated results and findings solely to “nail” Hon. David Abel Fuoh for failing to join his ring of political battle axes.

“The panel had its predetermined purpose before its constitution. The Governor was determined to inflict every conceivable damage to the person and reputation of our amiable Representative.

“As part of the State Government’s plan to render the Honourable Member politically irrelevant in his own constituency, the Party Ward Congresses were conducted in the most fraudulent manner.

“Those who duly contested and won the Ward Congress positions were subsequently most militaristically shoved aside and replaced with arbitrarily and dictatorially hand-picked, in many cases, unconcerned persons who never aspired to any position, or outright members of other parties “drafted” in with brutish celerity to “disrupt” the polity. At every stage, the Governor still sought for any means and method of “dealing a blow” on his imagined and supposed opponents.

“Not even Sani Abacha, Idi Amin or the infamous Pol Pot in the height of their dictatorships conceived such degree of lawlessness and uncouth conduct in governance.

“In view of the panel’s openly sinister and vindictive purposes, the House Member went to court to stop its activities.

“The Government and its kangaroo panel were served with court processes and order. Yet, in their characteristic lawless manner, the panel went ahead to sit, rushing to deliver those results premeditated before its constitution and mandated on it at inception.

“Throughout its unlawful sittings, the panel never once invited the people-oriented Member, Hon. David Abel Fuoh to present his defence.

“After all, the conclusion of the panel was already in hand and the sittings were a mere smokescreen designed to deceive the public into believing in an “investigation”.

“As we have seen of late, this Government has engaged in unprecedented and explosively lawless acts designed to set communities ablaze and distort all the progress recorded over the years.

“Due process, the rule of law and adherence to accepted norms have been thrown to the winds as certain rascally-minded individuals have taken over the reins of government in the name of “Governor’s advisers”.

“These are besides his lawful advisers on known issues with well-established laws and rules. The Governor has been caged in complex web and wriggles in a tight net of irredeemable lawlessness.

“The flagrant violation of the rule of law and utter disdain for the judiciary under this administration is just too glaring – it will surprise anyone that the Chief Judge of the State, from our ordinary observation, has been denied his official SUV, backup and security car almost three years after his appointment. This is another ploy of this Governor to subjugate the Judiciary under his tyrannical rule.

“Government is attempting to divert attention from its crippling of the State and impoverishment and “miserabilization” of the vast majority of its citizens by engaging in dastardly acts of mudslinging and expanded smear campaigns on both social and conventional media using certain media urchins and miscreants.

“It is therefore not surprising that while the matter is sub judice, the court having not yet delivered its verdict, the Government and its agents in their usual disdain for court processes have gone ahead to publish what they claim to be their findings against Hon. David Abel Fuoh by the unlawful panel.

“This is a government supposedly elected upon democratic principles and the rule of law. At inception, this Governor swore to uphold the Constitution and the laws of the State and country.

“Yet, he now champions the abuse of the rule of law and repudiates due process. He goes against everything that is lawful now to achieve very dangerous agenda of a handpicked ring of his associates.

“The current rumblings in the State is ominous. He has succeeded in scattering the united state he met, dismembered the very party that brought him to power, annihilated his vanguard and of late, stepped up his “war” to the level of mysterious and inexplicable death occurrence in the state of the people’s great men.

“The antecedents of the so-called “ring of conspirators” pushing him into lawlessness will be unmasked individually in due course.

“Now that the matter is in court, we shall avoid going into details of the issues around the allegations raised in the write-up by Governor Ishaku’s agents in order not to prejudice the court.

“Briefly, however, we state categorically that the allegations in the guided “report” are fake, false, untrue, made up, anachronistic at some points and bear all the hallmarks of a hurried and predetermined falsehood in gross abuse of court process and the rule of law. We are not another lawless bunch; we shall uphold the rule of law.

“Meanwhile, this defamatory and libelous publication constituting a brazen contempt of court unleashed by the said publication will not go unchallenged.

“Accordingly, our lawyers have been briefed to go to court, unless otherwise this publication is retracted, and an unreserved apology made by the publishers within the shortest time from the date of the publication of this ultimatum

“The antecedents of the so-called “ring of conspirators” pushing him into lawlessness will be unmasked individually in due course.” Ardo responded