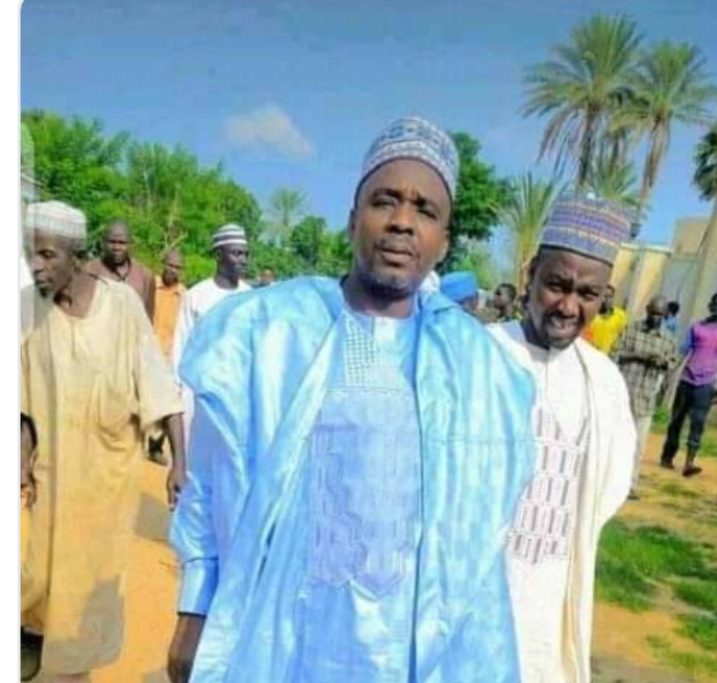 Jalingo-Maiha district is indeed a Madinah and Makkah models put together; where not only reflected by date trees in every house, the hospitality enhere the community but also the morality and religiosity of the citizenry, tied to the unity.

A community, not Jalingo-Maiha, was hypnotised into taking up arms against armless majority of the tribesmen professing the faith that advocates for peace and unity in deed and in worship.

The uncritical protesters, arrogating to themselves the finality of authority in the aristocratic decision, were alleged to be deceived by some war mongers outside of the geopolitical zone, who considered every Muslim a Fulani or a Hausa and/or both in the north, ignoring the fact that the tribesmen in the community pencilled for self-anarchy are multi faith based, hence religion is not at all a criteria for the aristocratic appointment.

Jalingo-Maiha District is not to be drown in the ocean of anarchy, akin to the conspiracy against established monarchy.

Nomination, however rough, was a success. The selection was critically, unanimously aristocratic thorough, unexpected of the otherwise fascist and/or obnoxious falsification, hence confiscation of monarchical legitimacy.

A candidate for approval of appointment for the district headship as forwarded from the selection by the Emirate Council was conspiratorially manipulated out, enough to degenerate the community into a republic of anarchists.

The shortchanged simply sued for peace and perseverance with patience; “no blood for monarchy against the overambitious,” he would say, “so long as there is justice, rule of law and fundamental human right.

Mahmud the metaphor for peace, patience, perseverance, justice and rule of law, opted for the service of judiciary against the executive excesses and media followed the proceedings closely.

There were instances of subjugation, oppression and intimidation for anarchy.

The herdsmen who were evicted, by the governor appointed, from the grazing areas allocated to them for over four decades by the late district head, simply submitted to prayers with patience and perseverance in peace, for peace against pieces; seeking for the end to fascism.

The legitimate natives would ignore the intimidation but would have to protect the mosque from being reduced to ritualistic rites in form of worship, come what may.

Mahmud the metaphor for peace, a symbol of leadership that legitimises authority would sermonize that there should be no blood for monarchy in Jalingo-Maiha.

It is about seven years with the demise of the district head, Alh. Abubakar Sulaiman, the Ubandoma Mubi.

It is over two years after the high court, sitting in Yola, with incorruptible Judge, while delivering judgement, restrained the governor’s appointed from parading himself as any district head, with an order for the state governor to approve the appointment of the metaphor for peace and justice, Mahmud Abubakar, the symbol of leadership that legitimises authority, as the declared district head of Jalingo-Maiha, earlier recommended by the Emirate Council.

It is six months with the determination of the appeal court, upholding the high court ruling, Jalingo-Maiha district head palace remains vacant.

Mahmud, the incorruptible metaphor for peace and justice, would only caution the citizens to remain calm, to persevere with patience that “God’s time is the best”. A man with morality a symbol of leadership and legitimate power and authority indeed.

Jalingo-Maiha should be registered in Nigeria’s book of leadership and judicial records, whereby, for over two years after a high court judgement, even though without stay of execution, the state governor failed to honour the court order; to approve the appointment of the legitimate district head.

Where six months after the determination of the appeal court that affirmed the high court judgement, even without any air about stay of execution and possible appeal before the supreme court, the district head stool remains vacant, because the courts declared occupant is yet to have the appointment approved by the state governor.

The citizens of Jalingo-Maiha who lamented that progress and development; state government’s genuine presence in the local government area was terminated with the tenure of governor Baba Maimangoro, Admiral Murtala Hammanyero Nyako, could not fathom the reason for the extended delay in the approval of appointment of their amiable district head, Mahmud the metaphor for peace and justice, the symbol of leadership.