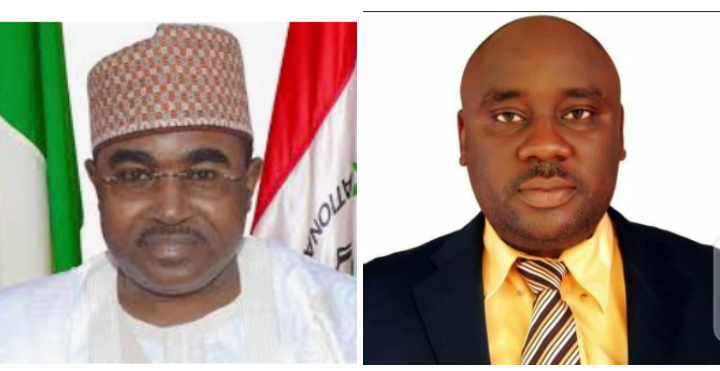 The Chairman/CEO National Drug Law Enforcement Agency(NDLEA) Brig Gen Buba Mohammed Marwa was at the Yola command on an official visit, for an interactive meeting with all stakeholders in pharmaceutical sector in Adamawa state on the issue of drug and substance abuses in Nigeria.

Marwa Monday, stated that the fight against drug and substance abuse in Nigeria was a tough one and all hand must be on deck.

The NDLEA tsar said contributions and suggestions from all stakeholders are welcomed, adding that the agency was willing to collaborate with relevant stakeholders with a view to combating the cankerworm.

Marwa has listed some of the achievements and seizures recorded within few months of his assumption of office.

The Chairman, Pharmaceutical Society of Nigeria (PSN) Adamawa Chapter, Pharmacist Ibrahim Talba, having congratulated Marwa over his well deserved appointed as the Chairman/CEO of NDLEA, commended him for hosting the interactive session between the top management of the NDLEA and the stakeholders, charting a new course, a renewed war against drug abuse.

Talba added that the society is also in collaboration with stakeholders in pharmaceutical sector, such as the Association of Pharmaceutical Products Marketing of Nigeria.

“The fight against drugs can only be effective as well as achieved if some critical fundamental issues in the drugs distribution system in Nigeria are addressed.

“The drugs distribution system as it is now is unorganized and chaotic; to address this, the national drugs distribution guidelines as a document launched by the FG since 2014 was recommended, if implemented, it would go a long way in addressing this challenges but the implementation is constrained by to lack of political will”, Talba lamented.

Other issues mentioned were the open drug markets, which served as a source of fake, adulterated, counterfeit and substandard medicine, and that storage environment in such markets were not conducive for proper storage of this medications.

“Owing to lack of regulations in such markets, controlled drugs ends up in the hands of drug abuser, who are addicted to this drugs, which eventually result to youth delinquencies and restiveness that culminated to increase in crime and criminalities experienced in the country such as kidnapping, rape, arm robberies and insurgency”.

Talba recommended that the NDLEA in collaboration with other relevant agencies, such as NAFDAC and PCN should champion the fight for the abolishment of all open drug markets as this would drastically reduce the level of drug and substance abuse as well as crimes and criminalities in the country.

Talba appealed for more collaboration between PSN and NDLEA especially in areas of logistics of drugs, noting that “pharmacist is the only professional licensed in Nigeria to handle drugs and poison as such, due regards should be accorded to them”.