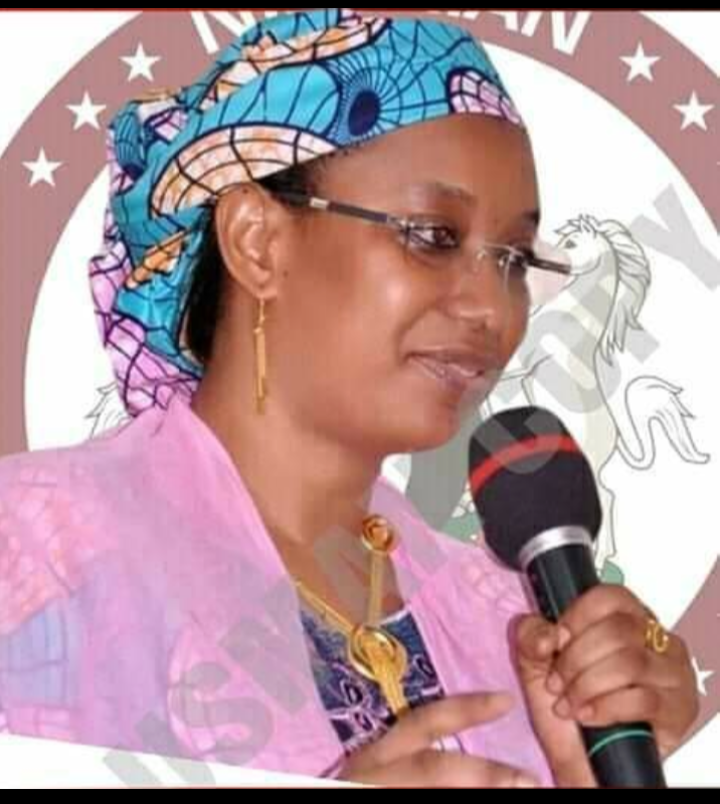 She has a focus with a solid purpose of being there, hence would not be distracted by idle conjecture, uncreative, bereft of strategic planning.

Her “parliament” is real not imagined, upholding the philosophy that champions the ideal, not “digital” in the sense of deception, manipulating those with defective memory, once experienced in the state.

It is not her own to join jealous issue with fellow colleagues, or engage in political scandal with the chief executive of the nation or the state.

Not only her immediate constituency and/or those she is mandated to represent but the entire state and indeed the nation remain her constituency and the citizens her people, hence hate speech against any tribe or ethnic profiling, taken as a theology to proselytise, is not part of her dream.

The senator is an amazing amazon, a personification of achievements. I once lamented about the backstabbers, the saboteurs who were in antagonistic undertones, working on damning that which she designed and supplicated submissively before her creator to succeed.

The senator would simply rather confidently tell me to stop stressing myself, to ignore the retrogressive, rather unpatriotic citizens as flat characters who would be shamed by the actualisation of the dream.

The senator’s media team equally ignored the illegitimate, seeming sponsored call by the chronic-know-nothing, who equally appeared to be on a mission for a rather cheap popularity by means of publication; arrogating to themselves the perception of the constituents, to pass vote of no confidence against the performing senator.

The senator’s parents and mentors have left resounding legacies; Sir Ahmad Joda is credited for having Federal College of Education and Federal Polytechnic in the state, among other legacies.

You can trust Prof. Jibril Amin’s legacies; Modibbo Adama tertiary institution of learning and research and the NNPC Yola depot among so numerous to mention legacies.

Ziggy would philosophise that life is not how long one lives but how he lived and what he left behind. You can have your take on legacy more superior to the Ziggy’s as well.

The Senator would simply introduce herself as Aishatu Dahiru Binani, representing Adamawa Central, before she would press her rather persuasive request for developmental issues at the hallowed chamber before her legislator colleagues, soliciting for unanimous support.

In her continuation, from a motion to a bill, having passed the first and second readings, now opened for public hearing, slated for Monday, March 28, 2021, Binani sought for the amendment of University Teaching Hospital Act No. 101985 to include an additional teaching hospital in Yola.

The Bill was a follow-up of Binani’s motion to upgrade Federal Medical Center, FMC Yola to a University Teaching Hospital, which was passed on the 11th of July, 2019

The senator argued among other constructive reasons that the commencement of medical courses at Modibbo Adama University have ma de the establishment of a teaching hospital a necessity for both teachers and students.

Her articulation was convincing; upgrading FMC Yola to a teaching hospital would provide training opportunities for health workers, produce more medical doctors, improve medical facilities and funding, with a view to improving efficiency and effectiveness in healthcare delivery services; reduce mortality rate in the state, in addition to opening business opportunities and providing employment opportunities.

Below is Senator Binani’s Bill she presented before the Senate.

Mr. President, my distinguished colleagues, this bill seeks to amend University Teaching Hospital Act No. 101985 to include an additional teaching hospital in Yola.

This Bill is a follow-up of my motion to upgrade Federal Medical Center, FMC Yola to a University Teaching Hospital, which was passed on the 11th of July, 2019 after a unanimous decision by this hallowed chamber.

In the motion, I drew the attention of this great chamber to the precarious health conditions of my people that necessitated the presence of a teaching hospital.

These conditions have far-reaching consequences that affect everyone in the state.

Conditions such as the proximity of a teaching hospital to Adamawa state in terms of distance, time and money, as among the major hindrances that have contributed to the poor healthcare delivery services in the state.

Considering that farming and grazing are the major occupations of the people, the financial implications of reaching such medical care is beyond them, as a result, it has become common place for citizens to give up on loved ones to die from preventable diseases at home, on the way or a few hours after arriving lower hospitals.

Consequently, preventable hospital deaths have been one of the problems confronting the people of Adamawa state.

It is on record that the maternal mortality rate at FMC Yola is higher; that is, 7.2% than the national average of 5.7% with most deaths occurring within 24 hours of admission.

Additionally, the growing population of the people has outmatched the medical services in the state.

The presence of a teaching hospital in Yola will provide the medical facilities, specialists, physicians, and surgeons, residents, medical officers-cum doctors and trained student doctors to take charge of most needed services.

Adamawa state 4 million population compared favourably with the population of Abia and Ebonyi states with 3 million and 2 million respectively, which already have teaching hospitals.

More so, the commencement of such medical courses at Modibbo Adama University make the establishment of a teaching hospital a necessity for both teachers and students.

This Bill when passed, will have no immediate financial burden on federal treasury as the facilities for the immediate take off of the proposed Modibbo Adama University Teaching Hospital in Yola are already in place.

Federal Medical Center Yola has over 250 beds, which is over and above University of Uyo’s 250 beds at the time of its transformation to a teaching hospital.

The presence of university teaching hospital is desirable, understanding that such federal services will usher in business and employment opportunities to the large number of unemployed youths in the state.

I call on you to therefore unanimously support this Bill as you did the motion in order to reduce the cries and sufferings of my people, the people of Adamawa state.

Thank you for your usual support.