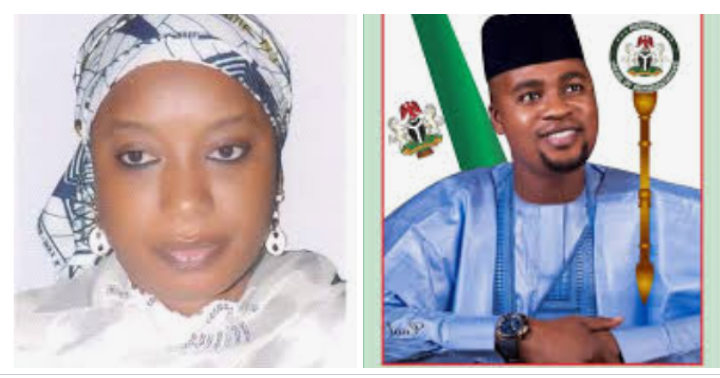 A call for the establishment of new Federal Medical Centre in Mubi North local government, northern senatorial district of Adamawa state, northeast Nigeria is gaining strong legislative ground as Adamawa lawmakers in both the lower and upper houses of the national assembly (Hon Jaafar and Sen Binani) have collectively in their individuality moved the motion, sponsored the bill to that effect.

Ahmad Abubakar, a seasoned journalist and critical thinker based in Dutse, Jigawa state, would articulate that one would have thought that the lawmakers in the lower house of the national assembly from Adamawa or at least from the northern zone of the state would have joined Hon Jaafar, their colleague’s call for the relocation of FMC Yola to Mubi, as much as one would have perceived the bill to have been sponsored by the lawmaker in the upper house, representing the northern zone, rather than the amazing amazon Binani, a lawmaker representing central senatorial district of the state.

Following the positive call for the conversion of Modibbo Adama University of Technology, MAUTECH Yola to a conventional university and upgrading of the Federal Medical Centre, FMC Yola to a teaching hospital, Hon Jaafar Abubakar Magaji, representing Mubi North, Mubi South and Maiha Federal Constituency, has on Thursday, February 6, 2020 moved a motion, praying for the relocation of Federal Medical Centre Yola to Mubi.

“Note that Mubi being one of the places ravaged by the insurgency attacks, is a strategic location. Relocating the Federal Medical Centre to Mubi will immensely cater for patients not only from Mubi but also Michika, Maiha, Madagali, Hong, Gombi and some parts of Fufore and Song local government areas of Adamawa state; including Gwoza, Biu, Uba and Chibok in Borno state and indeed neighbouring Cameroon Republic;

“Concerned that the distance to Yola and the deplorable condition of the road cause untold hardship and unnecessary delay to patients in dire need of medical attention, resulting to lost of lives in transit while trying to reach to Yola for emergency medical situations;

“Urge the Federal Ministry of Health to relocate the Federal Medical Centre to Mubi, in Mubi North Local Government Area of Adamawa State;

“Mandate the House Committees on Health Institutions, and Legislative Compliance to ensure compliance”.

Confirming this, Binani has on Tuesday, shared via her social media page that “I sponsored a Bill on the Establishment of Federal Medical Center, Mubi, Adamawa state. As FMC, Yola is set to be upgraded to a Teaching Hospital, Mubi is a strategic location with second highest concentration of population after the state capital for a brand new Federal Hospital. The Bill has passed first reading. I am counting on your usual support and prayers”.

Commenting, one of Binani’s supporters, based in Yola North LGA, who gave his name as Shehu Umar would articulate that “When she says ‘my people’, while articulating her points, Binani does not mean the constituents in her central senatorial district but people of Adamawa state and indeed Nigerians.

“Binani, you can recall, recognising that Adamawa is an agrarian state, has last year distributed fertilizers free of charge, no at any subsidised rate, to the farmers across the state”.

The nay sayers who nursed negative impression about the FMC Mubi Bill, insinuated that it was politically motivated, considering the ground that Federal Medical Centres are only established as a referral hospitals in the states lacking teaching hospitals.

The nay prayers further pointed out that General Hospital Mubi hardly has three medical doctors and non of them is a consultant, considering the fact that Fintiri led government inherited less than 45 medical doctors in the entire state; raising issue of staff strength; more particularly, clinical staff.

The supporters of the bill would however argue that FMC Mubi would be independent of the state government, hence staff strength would hardly be a debatable issue, considering the growing unemployment in the country. MAU medical college and teaching hospital would also produce more medical doctors.

The nay sayers then asked where in Mubi North, FMC would be accommodated; whether or not Mubi general hospital would have to go?

“When approval is granted, Mubi is surely virgin for not only Federal Medical Centre but also Teaching Hospital and many more federal institutions,” the electorates in full support of the bill would respond.