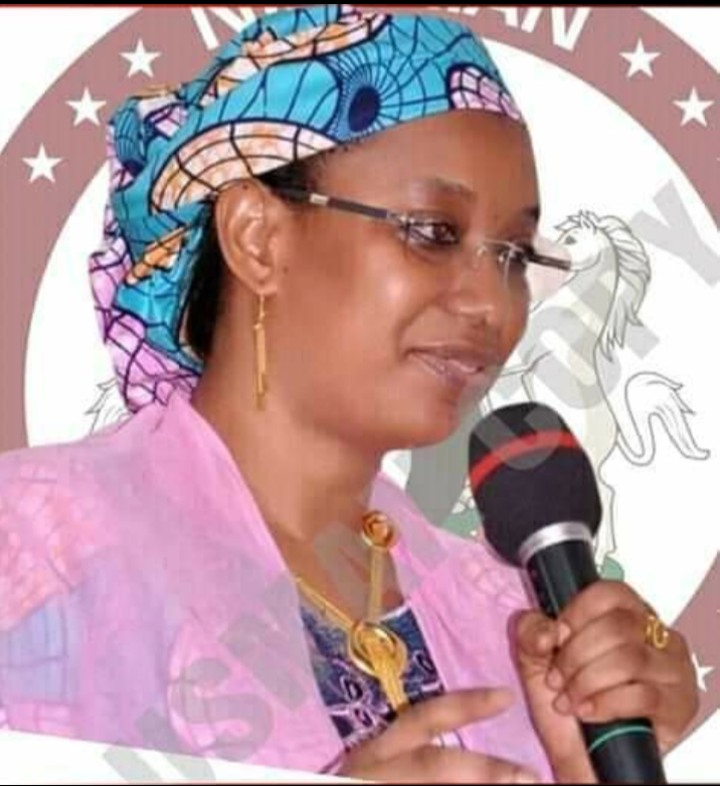 * Binani, the phenomenon, a metaphor that women can do better – Poet

Senator Aishatu Dahiru Binani is clearly not representing only Adamawa Central Senatorial District but Adamawa as a state and indeed the country as a whole.

Adamawa as a senatorial state, in the sense that although she is the only female senator not only from Adamawa but from the northeast, Binani is seen to be sponsoring bills that directly and positively affect other senatorial districts of the state, which in the opinion of the electorates, “ought to have been sponsored by the lawmakers representing the senatorial districts”.

Binani is not to be deterred by the seeming sponsored chronic-know-nothing, “thingified” by their very best “scallywagish” essence and experience, bereft of moral sensibility, sanity and decency; who perceive development as what they could get out of a non performing personality in governance by harassment, thuggish and juvenile dry criticism as much as she would not be defeated by the unpatriotic citizens who have deployed a rather unsuccessful ethnic sentiment against the realisation of Modibbo Adama University, as much as they are willing to take the filthy suffocating sentiment to the public hearing billed for Monday, against the upgrading of Federal Medical Centre, FMC Yola to a teaching hospital.

The shameless like fatherless antagonists are considered as lacking not just the form but also the spirit, with no future ambition than misusing Facebook page for mischief they considered as creative misfit.

Binani, she was, who sponsored the bill for the establishment of medical college and the conversion of Modibbo Adama University of Technology to a conventional status.

Having discovered that the establishment of Federal Medical Centres in the country is not backed by law, Binani she was who sponsored a bill for the legitimation of the FMCs.

Binani, she was who sponsored a bill on the establishment of National Dermatology in Garkida, Adamawa State.

Having noted that FMC Yola would be upgraded to a teaching hospital, based on the bill she sponsored and the collective efforts of well-meaning indigens of Adamawa state, Binani saw the need to maintain a Federal Medical Centre in the state and since the proposed teaching hospital would be in the Adamawa Central, the amazing amazon supported by sponsoring a bill for the establishment of the new FMC in the second biggest local government area of the state; Mubi North local government, northern senatorial district.

Having been impressed with the worthiness of Binani’s Bill, the Senator representing Bayelsa East Senatorial District, Biobarakuma Wangagha Degi Eremienyo not only supported the bill during the debate but also commended Binani for sponsoring such a bill.

“Mr. President, I like to commend the sponsor of this very important bill. Important in the sense that it has to do with the health of our people.

“Mr. President, it is always said that health is wealth and it is a statement of fact…” Senator Eremienyo remarked.

Below is Binani’s Bill for the establishment of Federal Medical Centre Mubi:

I count this moment a privilege and a great honour to lead the debate on the general principle of the bill for an act to establish the Federal Medical Centre Mubi, Adamawa state.

Mr. President, my distinguished colleagues! Mubi is one of the oldest Nigerian towns.

Mubi is the capital of Mubi North local government area of Adamawa state with the total landmass, according to the International Journal of Development and Sustainability 2014, of 506.4 Kilometers square and a population size of about 759,045 people.

Mubi existed long before the advent of German forces in 1903 and served as a frontier post and administrative centre of the Germans until it was recaptured by the British in 1914 at the onset of the World War one.

It was one of the 13 provinces of the old northern Nigeria and headquarters of Sardauna province. Mubi has always been an elevated and strategic area for successive governments.

Nonetheless, this historic town has suffered from government neglect in terms of federal presence, especially in the area of tertiary healthcare delivery.

* 24% of households lived below health living standard out of which 1% is extreme and 23% severe.

* 8% of residents need more than 1 hour walk to access healthcare.

* The health living standard gaps of Mubi South and Mubi North local governments is 55% high compared to Lamurde, which is 9%, Shelleng 11% and Maiha 9%, for 29% of households have low health living standard vulnerability; about 24% of the residents who are 60 years old and above, have mental or physical disabilities or chronic illnesses.

* 7% of residents will not seek treatment with formal health facility provided, due to the problems of accessibility, overcrowding, awareness and affordability.

Therefore, it is abundantly clear and socially necessary that Mubi should be given a federal medical centre to:

* Tackle the problem of overcrowding of its primary and secondary healthcare services.

* Provide the much needed tertiary healthcare in Mubi; reduce the accessibility problem and create awareness of such a healthcare institution and many more.

The provision of medical centre in Mubi will come at a very low cost to the government since the existing general hospital has the necessary requirement to be upgraded to a Federal Medical Centre.

The general hospital in Mubi has a principal medical officer as the head of the hospital, 250 beds, which is sufficient to start the hospital; only six qualified doctors, 100 nurses, two laboratories and 14 departments.

Mr President, my dear distinguished colleagues, I therefore urge and plead to all of you to support this Bill wholly and wholeheartedly like you always do.

Thank you very much.