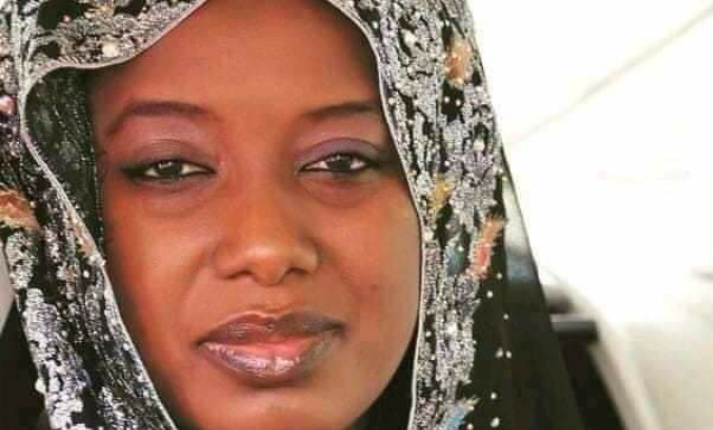 Monday 29 was slated for public hearing. Against the insinuations that Binani’s sponsored bills would be antagonised by politically motivated, certain yet not defined group of Adamawa indigenes, the men of conscience, the former lawmakers, governors and Adamawa People In Diaspora as stakeholders have joined the popular call to give life to the establishment bills.

Senator Aishatu Dahiru Ahmed Binani, representing Adamawa Central has sponsored three related bills on Health, which she explained, were meant “for the improvement of the Healthcare sector of our people.”

The bills have successfully passed first and second readings. For popular participation, the Senate Committee on Health that was mandated, has invited for public hearing.

The Binani’s three bills are:

Bills No. 1 and 3 are “straightforward,” Binani would articulate. It would therefore require no further elucidation.

However, the representative of the University Vice-Chancellor in the person of Prof Abubakar Alhaji Bakari, Chief Consultant General, Vascular and Transplant Surgery, UMTH and the Medical Director, FMC Yola, Prof Auwal Muhammad Abubakar were there for further confirmation and clarification, if need be, on the establishment of a Teaching Hospital for Modibbo Adama University, MAUTH Yola and related matters.

The bill No. 2, National Dermatology Hospital, Garkida (Establishment Bill) was that which attracted comments outside of the public hearing; much of it aimed at deconstructing Sen. Adeleke Olorunnimbe Mamora, the Minister of State for Health’s comment as was understood that the President of the country should have been consulted first for the possibility or otherwise of Dermatology Hospital before the bill could get to be sponsored.

And that instead of having the National Dermatology Hospital in Garkida, Dermatology Centre should have been prayed for to be established in the Teaching Hospital for the Modibbo Adama University.

The Chairman of the Senate Committee on Health has though responded that there was nothing wrong in the legislative exercise on the bill, which would eventually presented for the presidential assent, there were floodgate of reactions by means of post public hearing comments.

Binani articulated that “Nigeria, a country of over 200 million people does not have a tertiary Health Hospital dedicated to dermatological issues and training.

“Garkida provides a good foundation for such, given its antecedents, recognition and contribution in the field of dermatology”.

Establishing National Dermatology Hospital in Garkida will also mean establishing at least one in all the geopolitical zones of the country; a worthy milestone indeed.

The citizens outside the public hearing insinuated that having Dermatology Hospital established in Garkida would affect the call by some people for the establishment of Federal Medical Centre in Hong against the Binani’s bill for FMC Mubi, because both Garkida and Hong are in the central senatorial district of the state.

The citizens outside of the public hearing feared that any attempt at discouraging the establishment of a National Dermatology Hospital in Garkida would affect the political popularity of anyone identified as discouraging the move by the electorates in both the central and northern senatorial districts.

Major-General Paul Tarfa (rtd), Chairman North East Development Commission, represented the Garkida community at the public hearing to “present the position of Garkida Community on the contributions and significance of the Garkida Dermatology Hospital”, along with His Excellency, the former Governor Boni Haruna of Adamawa state; a visionary leader who stood firm to reclaim the state specialist hospital from the federal government where FMC Yola was first established in 1999 and donated parts of the College of Nursing and Midwifery, Yola and Technical College, Yola for the permanent side of the FMC, about to become Modibbo Adama University Teaching Hospital.

Governor Boni Haruna it was, who against all pessimism odds, courageously and victoriously established the Adamawa State University, ADSU Mubi; the first in the northern part and had been one of the best in the country.

Boni’s dream would be to have Faculty of Law and Faculty of Medicine among other faculties established in the university before any state university could do so.

With the Medical college in ADSU, General Hospital Mubi would simply have been made a teaching Hospital.

On Binani’s bill, Boni remarked that “this is why I have paid repute to my sister, our Amazon, Senator Aishatu Binani for being the foster mother of the child we gave birth to in 1999.

“If that place was not gotten as Federal Medical Center as far back as that time, I don’t think that it would have been easy to build on transforming this FMC to a Teaching Hospital”.

Adamawa People In Diaspora have contributed and are immensely contributing to the establishment of the National Dermatology Hospital Garkida.

In the words of Dr. David Malgwi, one of the prominent supporter of the bill, “I would like us to appreciate the efforts of Dr. John Garnvwa (London, UK) and Dr. Samson Kefas (Ottawa, Canada) who tirelessly solicited for international support and recommendation from University of Oxford, UK, Ottawa Canada and LEPRA in support of the bill for establishing the National Dermatology Centre in Garkida.

“We thank you so much for your efforts”.

Sen. Muhammadu Unary Jibrilla Bindow, also former governor of Adamawa state has assiduously supported Binani’s bills and comnended her for the strategic legislative thinking, where he said, “I have not regretted by all standard, for supporting you to represent the people of Adamawa Central.

Other personalities present at the public hearing in support of the amazing amazon Binani and the bills include;

Sen AbdulAziz Murtala Hammanyero Nyako; Senator representing Adamawa central senatorial district at the 8th National Assembly and 2019 ADC gubernatorial aspirant. Sen. Nyako it could be recalled, among other bills he sponsored, was the establishment of medical college at MAUTECH and the upgrading of FMC Yola a teaching hospital.

This goes to explain that it was not about Binani but a collective responsibility, a political sensibility and effective leadership; administration and representation; a kind of Adamawa speaks for the state and the country.

Below is the full text of Sen Binani’s speech at the public hearing:

SPEECH BY SENATOR AISHATU DAHIRU AHMED (BINANI) AT THE PUBLIC/INVESTIGATIVE HEARING ON BILLS SPONSORED ON THE FLOOR OF THE SENATE 29TH MARCH, 2021.

It is my singular privilege and honour to welcome you to this very important public hearing on three related bills on Health, which I sponsored for the improvement of the healthcare sector of our people i.e:

All the three related bills slated for public hearing this morning are very important for the improvement of the healthcare sector of our people, not only in Adamawa and neighbouring states of Taraba and Gombe but will impact positively in all states of the North-East geo-political zone of almost 30 million people.

So any move or proactive measure towards this direction needs our collective support and buy-in.

The bill Sirs, is straight forward as it provides the essential component for the Medical programmes, which the University would hopefully commence from 2021/2022 academic session, which has already been assented by His Excellency Mr. President.

I am sure you may get confirmation of this from the Representative of the University Vice-Chancellor in the person of Prof Abubakar Alhaji Bakari, Chief Consultant General, Vascular and Transplant Surgery, UMTH and the Medical Director of FMC, Yola Prof Auwal Muhammad Abubakar, who are both physically present here today.

The second bill your Excellency, is the National Dermatology Hospital, Garkida.

It may be of interest to you Sirs, distinguished guests, as you would soon hear from our senior Elder Statesman Major-General (Dr) Paul Tarfa (rtd), Chairman North East Development Commission, who is here to present to us the position of Garkida Community on the contributions and significance of the Garkida Dermatology Centre.

A hospital that assumed international fame and recognition; a hospital that at one time or the other trained the likes of Professor Adeoye of the University College Hospital Ibadan, who had his House-manship in the Hospital in 1968.

Other well-known names associated with Garkida Hospital were the likes of Professor Adeoye Lambo and Prof. Olukuye Ransome Kuti – two world renown Medical Practitioners at the level of world Health Organisation (W.H.O) and the latter as our country’s Minister of Health at one time.

Mr. President, distinguished colleagues, the former Governor of Adamawa State would also give us further insight into the significance of this Hospital.

Suffices to say that presently, Nigeria, a country of over 200 million people does not have a tertiary Health Hospital dedicated to dermatological issues and training, hence my motivation to table such a bill.

Garkida provides a good foundation for such given its antecedents, recognition and contribution in the field of dermatology.

It is for these and many more that I urge us all here to support the bill and recommend to the Senate a speedy passage of the bill.

The third and last in the bills slated for your scrutiny this morning is the Federal Medical Centres (Establishment) bill.

Mr. President, Chairman Senate Committee on Health, distinguished guests, our bill on the Federal Medical Centres, is again a straight forward bill, which seeks to provide legal framework (backing) for the existence of the Hospitals across the country.

All the Federal Medical Centres in the country are presently operating without any enabling law.

No doubt about it, the hospitals are providing the much needed tertiary healthcare services in the country and were established by successive governments to perform such.

Exigencies of time, at the point of establishment overtook the need for enabling laws to be enacted at that time.

Nevertheless, it is better late than NOT, hence my tabling a bill to provide the legal framework.

We must work within, the law. All the hospitals are doing a commendable job to the nation but we need to support them and ensure they are properly guided by the Law. I so urge us to.

In conclusion, your Excellency, Mr. President, Chairman, Senate Committee on Health, very respected and distinguished guests, I thank you immensely for finding time to be with us at this forum of public hearing. Without your support, it would have been difficult for us to promulgate laws for the good of our country and for good governance.

Thank you and God bless.

ADAMAWA: Police Apprehend Drug Addict For Stabbing One To Death, Injuring Another At A Party In Maiha