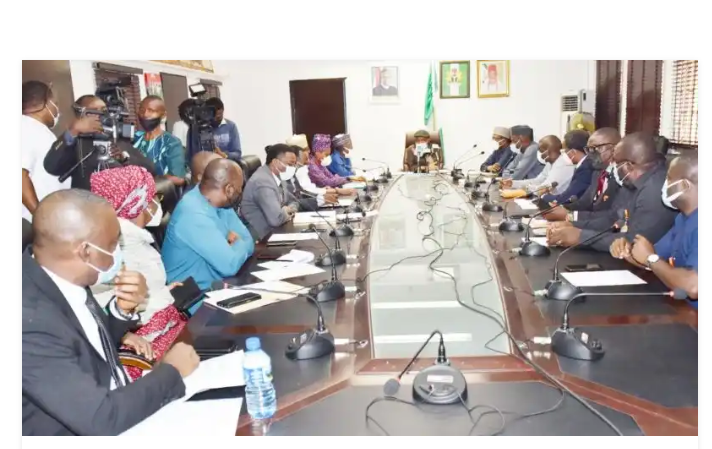 Members of the Joint Health Sector Union, JOHESU, interviewed across the country by the Periscope expressed dismay over what they described as inefficiency and rudimental redundancy on the side of their executive members alleged to be submitting to inducements aimed at mortgaging the union.

“When either the NMA or the NARD either threaten to, or embark on industrial action, they don’t back down however loud is the government barking until demands are made.

“It is unfortunate that it is only when NMA and/or NARD pressed by presenting their demands and even succeeded that the JOHESU leadership will begin to cry a failed, frustrating fault.

“There have been outstanding issues of outstanding areas of promotions, Covid-19 hazard allowance and some other issues that necessitated industrial actions, which were simply called off without reasonable success, with the issues dumped in the forgotten bin,” JOHESU members would lament.

Some of the JOHESU leadership interviewed on condition of anonymity, blamed their members, especially those under Medical and Health Workers Union (MHWUN) as the saboteurs to the union’s struggles.

“Our members, especially those with the MHWUN are those frustrating our struggles. You see them reporting for duty in admin finance and maintenance departments when a total lockdown is generally agreed upon, yet they have the nerve to blame JOHESU leadership instead of the members”, JOHESU Excise interviewed would respond.

JOHESU is a an amalgamation of all bodies of all health workers in Nigeria with the exclusion of doctors, i.e. those with Medical and dental qualifications.

The commendation and condemnation were consequent upon the threat by the NARD to embark on a nationwide strike billed to commence on Thursday, April 1, if their demands were not met and how the federal government swiftly responded to avert the ugly incident in the health facilities, which resulted in signing a Memorandum of Action, MOA, between the FG and the National Association of Resident Doctors, NARD, geared ).

The agreement was reported to have been signed midnight on Wednesday after a marathon meeting between the FG and the leadership of NARD at the office of the Minister of Labour and Employment, Senator Chris Ngige.

The meeting, which lasted seven hours, deliberated on the issues raised by the aggrieved doctors in their Notice of Trade Dispute including the non-payment of salaries of some house officers, non-recruitment of house officers, abolishment of the bench fees for doctors undergoing training in other hospitals, non-payment of National Minimum Wage and hazard allowances.

Briefing journalists on the outcome, Ngige assured that all the things written in the MOA would be implemented.

He said, “Twelve hours is a lot of time. Everybody will be working. Medical and Dental Council of Nigeria, MDCN will be working. And hopefully by tomorrow, you will experience the payment as agreed here for the second category of doctors (an overflow of the MDCN quota). We hope it must happen tomorrow and continue.

“So, by the time the chairman of the CMDs comes up with his final list and harmonise it with MDCN, we won’t have issue anymore over this payment or whether some doctors have not been paid.”

With regards to other issues raised by the doctors at the meeting, Ngige explained that timelines have been put on them, the reason why they were going to reconvene in one month’s time to look at the assignments given, to know who performed and who has not performed.

“And with this MOA, we hope you get to your members to let them understand better that government has moved proactively to address most of the issues ahead of your coming,” he said.

According to the Minister, in labour parlance, what the government side has done means that they have arrested the impending industrial dispute of the doctors and the issues in contention, being addressed.

“We are happy that you understand. So, I give you assurance that most of the things written here will be done. We will assist the Federal Ministry of Health, FMH, Finance Ministry and Office of the Accountant General of the Federation, OAGF to make sure that they keep to their own side of the bargain.

“The MOA says that you will talk to your people and we hope that when you come to collect your own copy tomorrow, you can tell the nation that you people are not strike mongers and that you are happy with the decisions taken so far,” he said.

Others from the Government at the meeting include the Permanent Secretary of the Federal Ministry of Health, Abdulaziz Mashi, his Labour and Employment counterpart, Peter Yerima Tarfa, representatives of the OAGF, MDCN and the National Salaries, Wages and Incomes Commission.

The question the JOHESU members asked were their position, whether fair or partial in relation to the minimum wage and hazard allowance the NARD agitated for and/or whether or not the JOHESU leadership has taken this into consideration considering the 40% for three months Covid-19 hazard allowance.