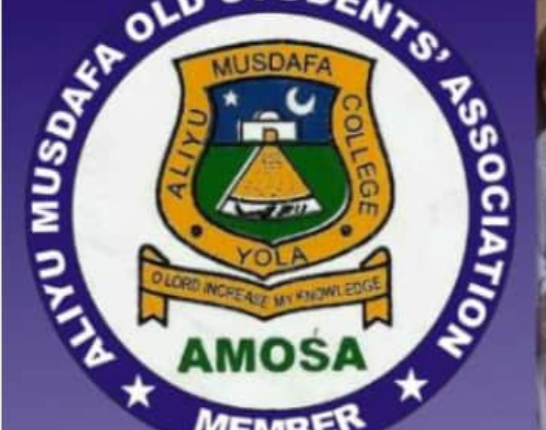 However, the old members said the twenty-five yes long tenured leadership served by the first ever executive members was not at all in vain.

Some achievements would not have been possible within short term of two years, not even four years if re-elected.

Getting the old boys together at a period before the majority of the members could get to be in tune with the computer, handset would be available and the social media would be embraced as a civilizational or social order, was a Herculean task that would require the courage and commitment of trusted and reliable leadership.

Dr. Usman Ahmed Dadah was the pioneer president of the AMOSA. His leadership has become the envy, as old boys associations established earlier in Adamawa state were summarily reduced to hibernation, while AMOSA waxed stronger to the point of being recognized as one of the best in the country.

It was said that attempts were made for a change of leadership but to get the leg that could fit the big AMOSA shoe has clearly, singularly been the issue.

There is a conversation with divergent views on the 25 years elongated tenure. This however takes another piece.

One of the great achievements after having brought the old boys and girls together, after having kept the light of the AMOSA glowing, is the computer training introduced by the Dadah led Exco.

While more 19% of the computer training centres earlier established in Adamawa state have had a natural death, AMOSA computer training floated over two decades is still drilling candidates in computer skills at a recognised certificate level.

It has trained thousands of participants from all works of life and the unemployed, to be employable for the period of three months at affordable amount.

Most of the people who benefitted from and are still enjoying the AMOSA computer training, either free of charge, on sponsorship and/or self-sponsored, the Periscope investigation can reveal, have not attended Aliyu Musdafa College to have been AMOSA members.

While commending Dr. Dadah led Exco for their achievements, retaining AMOSA as the best alumni in the state and one of the best in the country, the Periscope congratulates the Bobbi led new executive members recently celebrated; trusting that they will make the light brighter. They have not only promised, their actions indicate that AMOSA has made the right choice. What they need is the support and cooperation of members.

Though the new Exco is to serve for a single tenure of four years, going by the revised constitution, Abubakar Bobboy the president with other executive members has a sound and well articulated manifesto that could touch the life of even those outside of the AMOSA.

Even prior to the election, set 89 of the AMOSA that produces the new president and legal adviser, has not only generated funds, the members have equally announced their presence in Aliyu Musdafa College by empowering the school and the students.

The following are the names of the new AMOSA executive members: