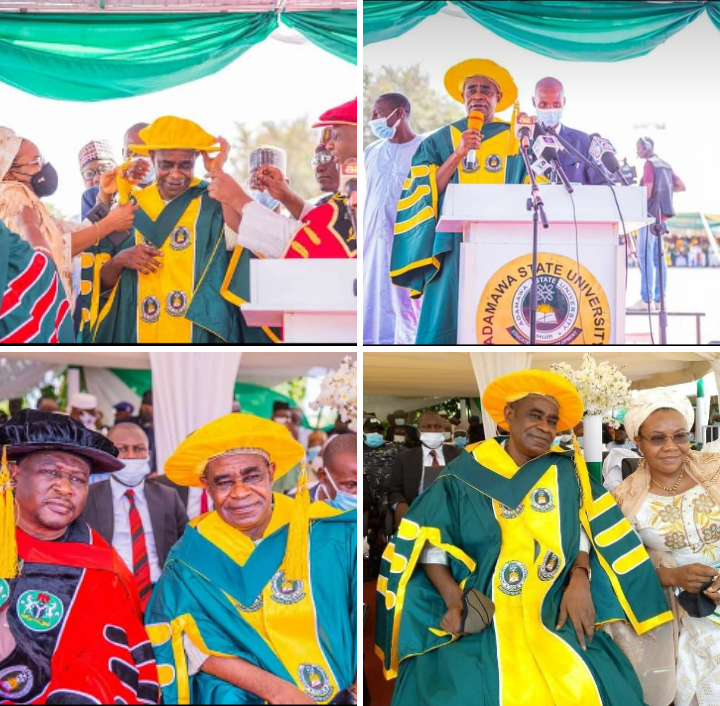 Yunusa Abubakar is teaching literature at in tertiary institution in the country. He took his students into the Aristole’s rhetoric, where he would argue that for a skilful persuasive communicator, the knowledge of figures of speech and how to get to apply them are necessary.

The next class was on paradox, antinomy as the other name; interpreted as “a statement or proposition which, despite sound (or apparently sound) reasoning from acceptable premises, leads to a conclusion that seems logically unacceptable or self-contradictory.”

Yunusa was contemplating what was happening in Adamawa, barely few weeks after the Adamawa State University, ADSU Mubi conferred Honorary degrees on the founder and the first visitor to the university, Dr. Boni Haruna – the former governor of the state, holding the traditional title of Makama in the Mubi Emirate Council – the state governor, Rt. Hon Ahmadu Umaru Fintiri – who was at the convocation ground with the celebrated former governor Boni Haruna- was reported to have accused the past administrations of causing the backwardness of the state.

“Does it not amount to contradiction that a past governor whose inefficiency contributed in pulling down the progress and development of the state would be so academically honoured with PhD by the a university owned by the state?

“Will ADSU Mubi withdraw her Honorary Degree conferred on the past governor?

“Isn’t Dr. Boni Haruna’s among the past administrations accused of leadership inefficiency to have resulted in pulling down the progress of the state?”

These are some of the questions the literature teacher would raised, testing the critical thinking and argumentative abilities of his students.

The journalists in training among them are asked to go get the answers for the next class: Sarcasm