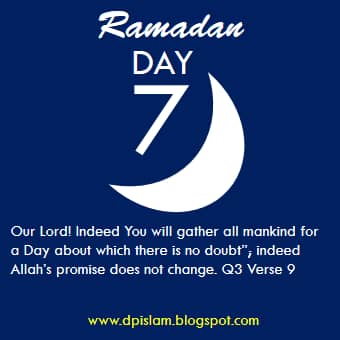 One would have thought that the prayer warriors, the youths and their elders within and outside Jalingo-Maiha district, Maiha local government headquarters, northern senatorial district of Adamawa state, Northeast Nigeria would be exhausted to have relaxed their individual and collective Qunut prayers. However, there is a mission to be accomplished and more participants seeking for justice to the monarchy are joining from within and outside the country.

A monarchy is challenged, anarchy is defeated, superimposition of district head as though executive fascism is squashed before the law. What remain are the extended hypocrisy, conspiracy and undefined sentiment(s) resulting to undue delay on the side of executive to honour courts orders by approving the appointment of the district head of Jalingo-Maiha, over seven months with the appeal court determination that affirmed the high court judgement passed over three years ago to have ended the over seven years emptiness of the district head palace.

The concerned youths of Jalingo-Maiha joined in convening Qunut prayers against hypocrisy, complicity to conspiracy and injustice argued that they are not seeking for any new appointment to have submitted to frustrating bureaucracy, to have resulted in disappointment occasioned by executive denial; they are simply seeking for the approval of appointment of their district head as the courts judgements declared.

“The hypocrites in the conspiracy have no Maiha at heart; the are not inviting any dividend of democracy to the district and the local government, their target is to pull down the 214 years old monarchy, they appeared not to have been fully prepared.

“Former governor Boni Haruna has tried building road from Mubi to Maiha; just about few kilometres remain to have seen the light of the day.

“There are housing units, skills acquisition centre, drainages and other dividends of democracy under Nyako led government.

“These were before the demise of the district head,of Jalingo-Maiha, the Ubandoma Mubi over seven years ago.

“We believe either governor Boni or governor Nyako would not go against the Emirate Council’s selection and recommendation as much as would honour courts orders without any conspiratorial sentiment, without undue delay.

“Instead of the hypocrites, the conspirators and ethnicity merchants to demand for the dividends of democracy, to challenge the neglect and abandonment, they are scheming in futility to disintegrate the entity by destroying the monarchy their forefathers have not joined in building.

“Maiha is the only local government in the northern senatorial district if not the entire state that the governor has not visited after election for any fact finding, assessment or flag off of state or federal project, yet the conspiracy by the schemers is for anarchy against the monarchy in Jalingo-Maiha.

“Today, the 7th day of Ramadhan is the day 7 Qunut, praying for justice, rule of law and equality devoid of any sentiment based on ethnicity,” the youths would remark.