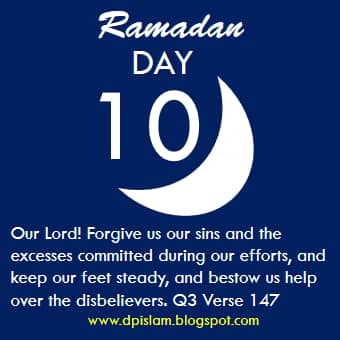 Seeming supporters of the High Court defeated whose appeal would clearly not favour, claimed that they were being backed by godfathers who have influence on the chief executive of the state, who would not help but to do their biddings, having shared certain sentiments.

They claimed that it was not merely a delay, Adamawa state governor would as the chief executive, just not honour courts orders, would not approve the appointment of the candidate so selected and recommended by the Emirate Council as declared by courts judgements.

“You have the Emirate Council, the judiciary through courts judgements and the press as instrument of propaganda. We however have the governor; the chief executive, the accounting officer of the state in our side by withholding what you humbly cherish as courts judgements, which is clearly not binding on the governor to honour.

“Your media can be reporting, you can be “Qunuting” until thy kingdom come, it is immaterial, will not be intimidating, will not haras or challenge the governor to change shell, to do to your so-called justice bidding.

“The governor not the courts has the ultimate say in this matter. Enough of your call to the stool,” the anti judgement would in argument say.

The pro-judgements are without any prejudice other than the call for doing the right thing; for right thing to be done; honouring courts orders in matters of the district headship of Jalingo-Maiha.

They pointed out that the delay in approving the appointment of the district head of Jalingo-Maiha is uncalled for other than a kind of unconscious bias that is not readily subjected to critical thinking, having unstudied political implication.

“The Qunut prayers against conspiracy, hypocrisy, injustice associated with undue delay in approving the appointment of the district head of Jalingo-Maiha enters day 10 on the 10th day of the blessed month; gradually approaching the night of power, worth more than a thousand nights, the night of budget allocations in which the Glorious Qur’an is revealed.

“We believe in justice, fairness and rule of law. We have no godfather. We always rely on Allah SWT for victory; surely He answers prayers of the shortchanged.

“We believe that the undue delay – could be intended to deny the approval of appointment – will eventually count on our favour; to moralise James Hadley Chase, our laugh comes last,” the Pro-Judgement would say.

“It is over seven years after the demise of the district head of Jalingo-Maiha, the Ubandoma Mubi, His Highness Abubakar Sulaiman.

“It is over threes years after the High Court judgement that directed the Adamawa state governor to approve the appointment of the heir to Ubandoma, Barr. Mahmud Abubakar as the legitimate successor to the throne, to end the activities of an executive manipulated impostor.

“It is over seven months with the Appeal Court determination that upheld the High Court judgement.

“Adamawa state governor, like the past governor, has not honoured the courts orders even when the promise of non interference in matters relating to the traditional institution was earlier made.

“It’s based on this and for continued mutual coexistence against injustice that our prayers remain unrelated,” the concerned youths would say.