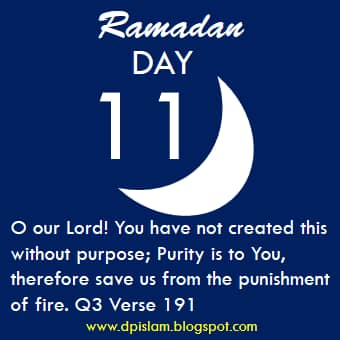 Concerned youths, the conveners of Qunut prayers against conspiracy, hypocrisy, injustice and contempt of court orders associated with the executive undue delay in approving the appointment of the district head of Jalingo-Maiha, Maiha local government area, northern senatorial district of Adamawa state, northeast Nigeria, which enter day 11 today, have responded to the boastful claim of the anti-court judgement s that they have godfathers who have influence on the governmental decision, operating from the shadows to sabotage the enthronement of the Emirate Council’s selected and courts declared district, lacking the will to think positive for the community.

According to the concerned youths, “your godfathers, you boastfully claim to be operating from the shadows, having influence on the state governor, can’t influence state’s or any projects tied to development in Maiha local government – the worse LGA in the northern zone bereft of dividends of democracy – rather than uncalled for divisions, divorced from the spirit of mutual coexistence.

“Government’s presence in Maiha, at the state level, extinguished over seven years with the demise of our amiable district head, the Ubandoma Mubi; with the unlawful impeachment of the former welfarist governor Murtala Hammanyero Nyako, Baba Maimangoro.

“Nyako built road, drainages, floats social, agriculture and entrepreneurial securities through skills acquisition programmes in addition to the security of lives and property. Wasn’t it not long after the unlawful impeachment that the insurgents occupied the zone as though being mortgaged?

“A group and/or individuals that remain faithful to fate ought to submit to the final decision regarding the monarchy in Jalingo-Maiha, being determined by the Court of Appeal.

“You’re celebrating the delay in the approval of appointment of the Emirate Council’s selected, recommended and the courts declared district head of Jalingo-Maiha, even when you know that there’s no any manipulation by your so-called godfathers – operating from the shadows – that will coerced the courts squarely squashed impostor the people any longer.

“You contemptuously scorn the Qunut prayers, you consider as immaterial, not to be effective, purposefully to score a “vain” point, because you consider godfathers more meaningful to you and to your schematic course than the Creator of the creatures.

“We believe in Allah SWT and we register our grievances in complete submission to His will. We trust that our prayers – on bended knees, with forehead to the ground and the constant Qur’anic recitation – will be answered however long it will take. The point is simply patience.

“The Palace has been vacant for over 7 years, we’re patient.
“The High Court judgement was delivered over three years ago, we’re patient
“The Appeal Court determination, which upheld the High Court judgement was passed over seven months ago, we’re still patiently waiting for the end of the undue executive delay in approving the appointment of our district head.
“We present our plea in prayers with patience, trusting that we’ll have the last laugh”.