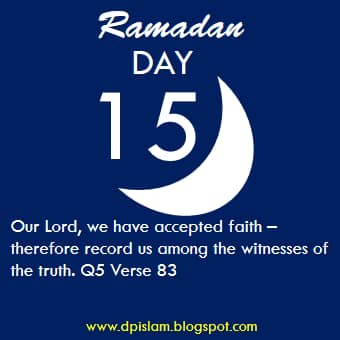 Courts Judgments cannot be twisted, manipulated or misinterpreted. The executive cannot have them overruled. The concerned youths of Jalingo-Maiha district asked what could be influencing the delay on the side of Adamawa state governor to approve the appointment of the district head of Jalingo-Maiha district, Maiha local government area of Adamawa state over seven months after Appeal Court judgement?

There was apparently no convincing answer. It was concluded that the delay was simply a display of executive unconscious bias.

The youths initially worked on the mobilisation to occupy the local government secretariat to register their grievance over what they sensed sinister born out of sentiment rooted in corruption and lack of commitment to patriotism.

The youths however, with humility, submitted to superior counsel, lest the peace protest is hijacked by the anarchists supported by the so-called godfathers operating in the valley of the shadows of destruction singing a symphony of disintegration.

The parasitic so-called godfathers who cannot win election even in their immediate polling units not to think of contesting state election; the unproductive consumers in politics.

As a backup or alternative, the youths organised Qunut prayers among other peaceful strategies. They resolved to expand the participation in the prayers during the blessed month of Ramadhan to be joined by the elders who are agreed that enough is enough of the local government’s under development; used for election and dumped after victory.

Democracy is about rule of law, equality before the law and fundamental human right. It is indeed unfortunate when an executive undermines the function of judiciary – the court of law – based on sentiment, to infringe on or shortchange the innocents.

The concerned youths would want to remind the governor that his administration is also a product of judiciary; the courts law courts whose judgements he is not honouring.

“Governor Fintiri must be made to remember how he served as acting governor after the unlawful impeachment of governor Nyako – some political analysts defined as “induced legislative coup – between June 2014 to October 2014 and how he was not to return to the government house when a Federal High Court sitting in Abuja nullified his acting service, while he was attending a function, some source said at General Murtala Muhammad College, GMMC Yola.

“Barr. Bala James Ngillari would have to take over automatically, immediately. There’s no any air about stay of execution.

“Governor Fintiri should also remember that even though his victory in the 2019 gubernatorial election that was challenged before the law, he was not suspended from serving as a governor pending the determination of the election tribunal or the appeal court or the supreme court.

“Why undermine the judiciary – the courts of law by taking side with the courts’ nullified and the antagonists to moral sensibility, history and monarchical order, signifying a tactical denial by delaying the approval of appointment of the Emirate Council’s selected, courts’ declared district head of Jalingo-Maiha?

“Whether or not deploying delay tactics, we learned that the governor directed the Emirate Council to recommend the court declared district head for the approval of appointment.

“We learned that the suspension of the recommendation till after the blessed month of Ramadhan insinuated by a group was overruled by the majority of the council members present.

“We learned that the name of Barr. Mahmud Abubakar Sulaiman, the courts declared district head has since been forwarded to the governor for approval of the appointment as he requested.

“We’re however not surprised that after over seven months the governor has not honoured courts orders because Maiha as a local government is only remembered during campaign.

“Shelleng, Guyuk and Numan among other traditional authorities have had the appointment of new traditional rulers approved by the governor. Their experiences were long after the Jalingo-Maiha experience.

“Pharaoh would have thought that Prophet Moses’ prayer against fascism would be immaterial. However, Allah SWT indeed answered the prayer when it was made. Forty years later, when it comes to implementing Prophet Moses’, Pharaoh regretted that he had ever existed.

“Two years more for waiting with patience shall be like a day to be spent. Our continued prayers against hypocrisy, conspiracy, injustice and undue executive delay in approving the appointment of the Emirate Council recommended and courts declared district head of Jalingo-Maiha shall not be in vain, In Sha Allah.