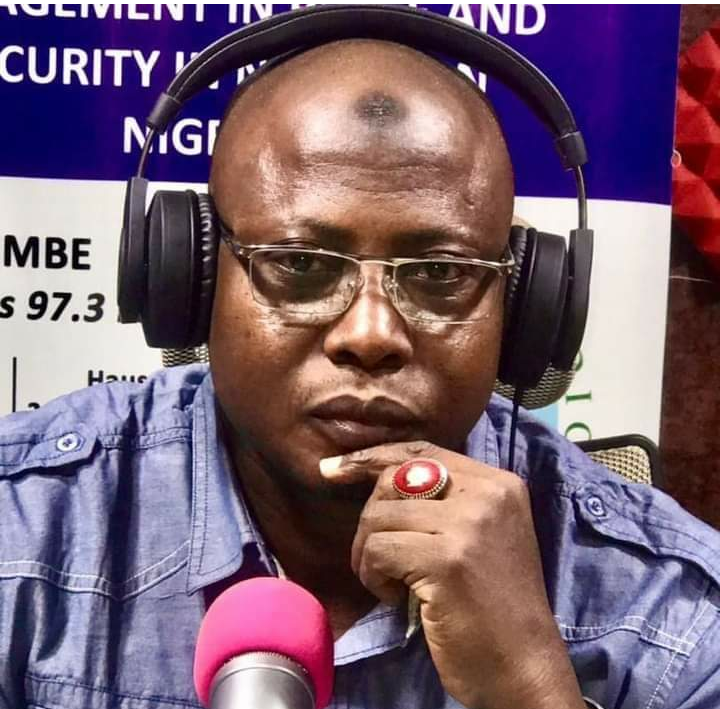 However unGodly a community could be considered to be, there are undoubtedly the saints who are not to betray the trust they are entrusted with.

However negative one could be having the impression about media practitioners, you can be sure that there are some whose conducts should be excused rather than accused not to face execution

It is a trust entrusted by the Creator, to one who has found a lost property, could be money; to betray the trust is to refuse looking for the owner, believing that it is a gift sent from heaven, thereby personalising it.

Abdulkadir Aliyu Shehu remains another metaphor; A broadcaster with the Progress FM, a private radio station in Gombe State capital, northeast is Nigeria;

Shehu is a personification of tested and trusted and one who by integrity index, joined in restoring public confidence in and strengthening the dignity of media profession and professionals.

Shehu should be celebrated for returning the lost $3,000 he found even when his son was facing kidney crisis and he is financially incapacitated to get his ward out of the critical health condition.

Shehu, who is the Programme Manager of the Progress FM. He told 21st CENTURY CHRONICLE on Saturday how he found an envelope containing the three thousand dollars on the road behind Matrix filling station, in Tunfure area of the city, on Wednesday.

According to Shehu, “I was going to the office from my house around 7am when I saw an envelop on the road. I opened it and discovered it contained some currrencies in US dollar, so I put the envelope my bag.

“When I got to the office, I counted the content which was $3,000. I informed some of my colleagues but didn’t disclose the amount and in what currency. So I began to announce on the radio that whoever lost money along so so area, the money has been found and should call a particular mobile number.

After the announcement, the Kano-born broadcaster said he received more than 50 calls from different people, putting claim to the ownership.

“Some said the money they lost was N50, some said N100,000. They were just giving different figures. Later, the real owner called, crying profoundly. He described the location he lost the money, where the money was wrapped, the amount, and so on.

“So I invited him and after a satisfactorily convincing explanation, I gave him the money,” Shehu said.

Asked why he returned the money, even though he might have been in need of it, Shehu explained thus: “Let me tell you something, when I found the money and was trying to look for the owner, I received a call from Kano that my son was sick and needed to be tested for kidney and liver disease at the hospital.

“They couldn’t go ahead with the test, because there was no money but I did not touch the money because it is not mine and if I did, God would judge me in this world and in the hereafter.”

This is not the first time Shehu will be returning money to a owner, 21st CENTURY CHRONICLE gathered that Shehu returned over N900,000 to NIRSAL in April, 2021, after he was over credited for the N500,000 COVID-19 loan he applied for.