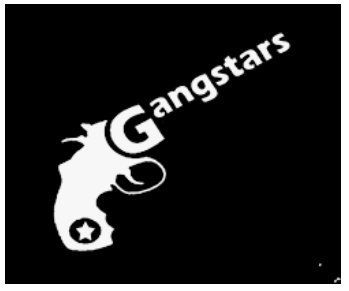 The gangsters who occupied Maiha Gari, Mbilla district, Maiha local government area, northern senatorial zone of Adamawa state, northeast Nigeria, demanded N50 million from the family of the international rice merchant they bent on putting out of business, as ransom for the release of the elder brother they kidnapped.

Eyewitness accounts revealed that “the bandits arrived at about 11.30pm on Tuesday and started shelling bullets from AK47 (Kalashnikov Guns).

“While some people were hiding in their houses, the brave ones, who though were not courageous enough to challenge the onslaught, would only peep to see what was happening, praying that their houses and/or families would not be targeted.

“The operation lasted for over an hour unobstructed. The gangsters challenged the prowess of the security charged with the responsibility of maintaining peace, law and order and what they considered as iniffectiveness of the international security meeting initiated and hosted by the chairman Maiha local government, to have brought to an end their heinous exercise, which terribly affected agribusiness and commercial activities in the area.

“After the humiliating raid, many residents converged by the road leading to Belel district, lamenting the unchallenged attack. The lamentations lasted up to 3am before they could retire back home.

“The kidnappers called the father of the victim early in the morning of Wednesday, demanding N50 million as ransom for freedom.

The father has never seen that huge amount of money in his entire life, he pleaded with the kidnappers.

“The kidnappers threatened that they would kill the abducted son? The father responded that, it would only be the will of God, as every soul would taste death but then, at an appointed time and circumstance that money or otherwise would have no control thereof.

The rice merchant was the initial target; he however escaped by a whisker, jumping into the night and evaporated into the windy darkness. They therefore went for his elder brother with a view to coercing the merchant to cough out all his wealth and prevent him from furthering the business any longer”.

The eyewitnesses also raised alarm, following the call to report suspicious persons and uncanny movements that there were migrants entering the area in troops, to retire around the forest.

“What is happening now in that area is movement of both foreign fulbe on foot asking for the road to Sorau, one of the border districts between Nigeria and Cameroon Republic, in Maiha local government and movement of large trucks with household belongings, including used zinc among other building materials, also heading for Sorau forest.

“The travellers used to tell the inhabitants that they could not farm in their area and so they have to move to somewhere peaceful.

“What the aliens could not confirm to the inhabitants is whether or not their migration was in anyway official as they were not under any government established security escort.

“The bottom line is that a time bomb is being planted in that area and except by an act of God, the situation will not augur well for people.

“We are helpless, we will not want to be visited by hopelessness in being homeless, hence hapless.

“We call for consistent supplications and sadaqah (charity), seeking for for Divine intervention to get the situation under check and the community out of the maze”.