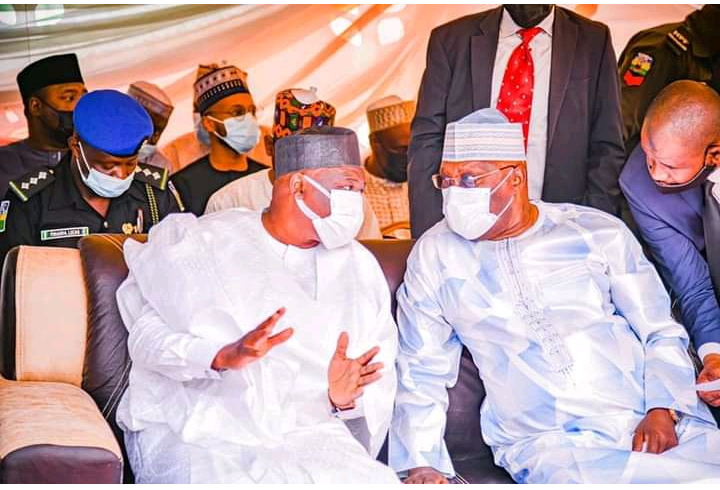 * The investment, a Waziri intervention vision for prosperous Adamawa, Northeast and Nigeria

* A bailout for a PDP led state government that could only run on loan, bond

The Guardian Nigeria has reported the General Manager, Priam Group, Shehu Atiku to have disclosed this on Monday in Yola, during the commissioning of the group’s woven sack plant at Kofare Industrial Layout along Yola–Numan road.

Waziri has in December 2019, migrated all his business outfits into an umbrella brand known as the Priam Group.

Atiku articulated Atiku’s calculated philanthropic business initiative aimed at industrialising Adamawa through building of factories that would provide employment for youths in the state and the country at large.

“Priam Group is a testament to the founder’s vision for a prosperous Adamawa, North East and Nigeria at large,” Atiku added.

The GM disclosed that the group had ambitious plans with the establishment of Rico Gado feeds factory to be commissioned in Abuja this year and the expansion of Adama Beverages, producers of bottle water and juice.

While commissioning the factory, Governor Ahmadu Fintiri of Adamawa commended the business acumen of the former Vice President and assured him of a friendly environment for business activities in the state.

Fintiri said the companies established in Adamawa improved the livelihood of the residents and increased the state’s IGR.

Fintiri reassured the Peoples Democratic Party (PDP) presidential candidate in the 2019 general election that he would continue to support his drive to improve the state as well as his political ambition anytime.

Commenting on the development, the state chairman, African Democratic Congress ADC, Hon Arabi Mustapha, commending the development said that Waziri Adamawa’s 20 million dollars planned investment would serve as a strategic solution to the 100 billion naira Agribusiness Bond capable of reducing the state into a republic of debtors.

Mustapha told the Periscope reporter that the Peoples Democratic Party (PDP) 2019 presidential candidate’s 20 million dollars investment would invariably serve as a bailout for a PDP led state government that could only run on an intolerable bullion of loans and agribusiness bond.