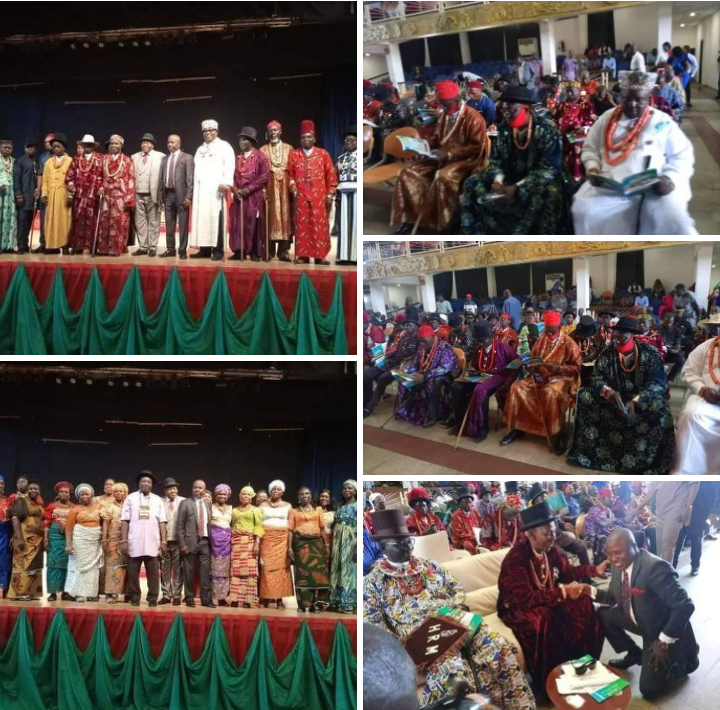 The just concluded maiden development summit in Epie-Atissa, has been described as a pathway to advancement of the wellbeing of Epie-Atissa Kingdoms in Yenagoa, host of the Bayelsa State Capital.

This was the stance of various speakers who spoke at the just concluded summit held in Yenagoa, June 1, 2021.

They extolled Prof. Steve Azaiki for convening the summit to reposition the Kingdoms for speedy physical and human development.

Chairman of the summit, Amb. (Dr.) Godknows Boladei Igali said the summit was vital for catalyzing development in Epie-Atissa. He added that, it would also have a positive impact on Bayelsa State, given the pivotal position of Epie-Atissa as State Capital.

He stressed that, the two Kingdoms had played the role of host in colonial and post-colonial eras, and presently, because of its suitable environment and their agelong hospitality.

In his opening remarks, convener of the summit, Prof. Steve Azaiki stated that the economic summit was a gathering of experts and indigenes of the kingdoms, stressing that it was meant to sensitize the people and proffer solutions to problems of development.

Azaiki noted that, it was important to get ideas from think-tanks, to better the lives of the people, especially, youths and women through education, agriculture, skills acquisition and business ventures.

He equally emphasised the need to use such gatherings to reawarking the people to preserve and promote their culture and the Epie Language which should also be taught in primary schools.

Prof. Azaiki who represents Yenagoa-Kokokuma/Opokuma in Nigeria’s House of Representatives, charged the people of Epie-Atissa to embrace new ideas that could enhance their personal and communal wellbeing.

His Majesty King Godwin Igodo, Ebenibe of Attissa represented by His Royal Highness Clarkson Kikili, Ebeneken of Yenagoa, underscored the central role of Epie-Atissa in the overall development of Bayelsa State, and called on the Government to partner with the host communities for the development of the area.

The traditional ruler called for unity of purpose among the people, and suggested celebration of a joint festival by the two Kingdoms, besides the Obunem Epie and Adiafa festivals.

Also speaking, Obenibe of Epie Kingdom, HRM (King) Malla Sasime charged Epie-Atissa families to speak Epie in their houses in order to prevent it from extinction.

King Sasime appealed to the State and Federal Governments to give Epie-Atissa special attention in terms of development, because of the huge sacrifice of hosting the State Capital.

Delivering a paper on youth development, Prof. Ambilly Etekpe, urged youths to shun vices, criminality, overdepence on parents and small monetary palliatives from politicians, and work hard to explore their own potential to the fullest.

He encouraged Epie youths to start small businesses to secure their future as land sales on which they relied upon could no longer sustain them economically.

He tasked Prof. Azaiki to also use his position as a Federal Lawmaker to ensure that constituents get employed at the Federal level to fill Bayelsa State’s qouta.

Speaking on girl child education, (Dr.) Mrs. Josephine Igodo charged parents to give equal opportunities to both boys and girls, noting that the girls are also future leaders. She advised parents to guide children on dangerous lifestyles erroneously considered as trends, as well as take them away from bad friends.

In a pep talk, Mr Fiemeya Ayebabogha, General Manager of First Investment Group, enlightened the audience that they could start businesses from nothing to something, and turn out to be successful, as far as the right ideas and attitudes exist. He advised youths of Epie to be visionary, and get involved in activities that could impact positively on the Kingdoms.

Dr. Boma Spero-Jack who spoke on security, pointed out that there can never be development in the midst of insecurity. He assured that the Governor Douye Diri-led Government was stepping up measures to maintain security, and called on traditional rulers to also ensure peace in their domains.

The event was graced by people from all walks of lives and traditional rulers from the twin Kingdoms. Also in attendance was HRM (King) Bubaraye Dakoko, Ibedaowei of Ekpetiama Kingdom.

The audience was treated to a variety of Epie cultural songs and dance.

Chairman of Steering Committee, Chief Noble Akenge thanked all guests, speakers and Epie-Atissa people for turning up. He also thanked Governor Diri for giving them the venue for the program and an providing security for the programme to hold successful.

Ozekizibe Etete, Broadcast Journalist, filed in this report from Yenagoa.