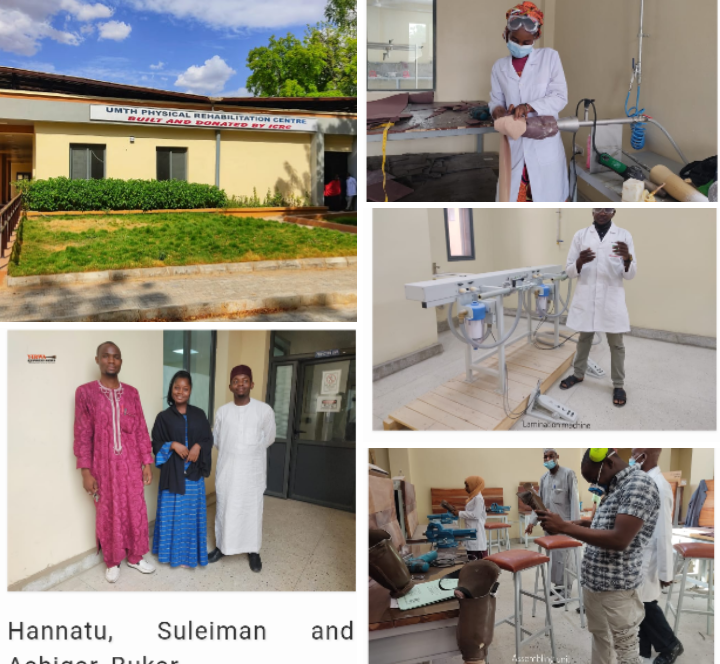 Hannatu Solomon survived 15 years of her 20 years with only a limb, without any hope of ever walking normally.

She had a congenital disorder, leading to the amputation of one of her legs since she was five. 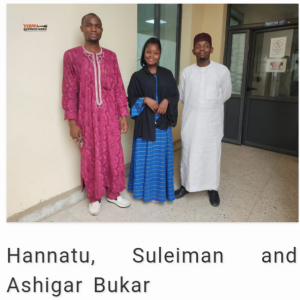 The amputation went down with her ambitions for studying and pursuing a career.

In the North East, there are stories even worse.

In addition to the destruction of lives and properties in crossfires and bomb explosions, the 11 year old Boko Haram crisis has cost many their limbs, with some condemned to a life of perpetual ‘misery’.

The situation is worsened by the inadequacy of medical facilities in the region.

Even those whose conditions are curable, end up living the rest of their lives in disability.

The lucky and privileged few, who have little savings, empty their purses to journey at least 500 miles and beyond to get physical rehabilitation services. 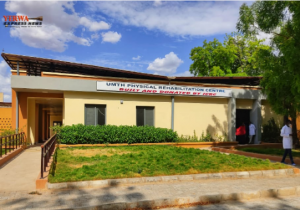 In view of this, the UMTH and ICRC in 2019 collaborated to set up the first comprehensive physical rehabilitation centre in the region.

Supervised jointly by the management of the hospital, headed by its Chief Medical Director, Prof. Ahmed Ahidjo and the international NGO’s delegation in the region, the work was completed a year later, 2020.

It was commissioned in November, 2020, by President Muhammadu Buhari virtually.

In its sixth month of taking off now, Hannatu is just one of the many who are given back hope and the semblance of a normal life.

Even if not entirely normally, she now walks with two limbs, thanks to UMTH and ICRC’s state-of-the-art facility, the similitude of which is countable across the country.

If she didn’t say it, many cannot tell the second limb is prosthetic.

For Hannatu, not only does she now walk, she stands on the two limbs, to make prosthetic hands and legs to other disabled persons at a massive facility in the UMTH. 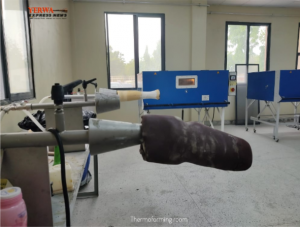 This facility, which is massive edifice comprising an administrative block, hostel and about ten blocks of production lines, now rehabilitates people with disabilities, makes prosthetics and orthotics, customizes wheelchairs / crotches, among other things.

Other offerings are physiotherapy and psychosocial support.

It started with 34 staff, eight of whom are people with disabilities who have had rehabilitation previously with the ICRC. Hannatu is one of them.

Our guide, Dr. Usman Muhammad Dodo, explained that to arrive at a complete prosthetic set, such as of Hannatu, six processes have to be undergone across six or so different machines. Dr Dodo said’ Its starts with quick assessment where a multi disciplinary team is set to assess a patient and see if he/she is fit for prosthetic or orthotic device, The team includes (Ortho-Prosthetist, Physiotherapist, Orthopaedic Surgeon) afterward the patient is evaluated by Psychosocial Support team where they determine if he or she is psychologically and financially fit for a device.

Then the patient proceeds to Physiotherapy unit for consulting before he is transferred to production unit to undergo the production process.

Prosthetics are artificial devices made to replace a lost body part, while orthotics are given to assist a weak or inefficient part. 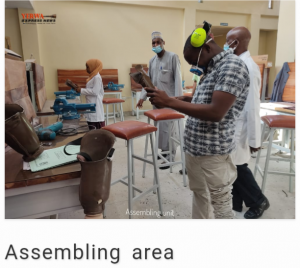 The production unit is where the prosthetic, orthotic and othe devices, are produced.

Dr Dodo explained that, before going into production, they take necessary measurements and make designs of what they want to make.

The first point of call, he said, is the casting room. “At the casting room, we cast the missing limb or part, using a POP bandage”, Dodo, the ortho-prosthetist explained.

The next process takes place next door of the casting room, the rectification room.

Here, the cast is ‘rectified, modified and controlled’ vis-a-vis the anatomical features of the stomp or limb in mind.

At the point of the rectification, all necessary alignments, adjustments and enhancements are made for effective use of the prosthetic or orthotic device.

It is then followed by thermo-forming, simply to mean, for a layman, the moulding and shaping of the device by heating. The centre’s plant where this takes place is nametagged, Thermoforming, equipped with ovens and suction machines.

“We have an oven and a suction machine. They are used to produce a socket, the point of attaching or coupling other components. To form the socket, the oven heats the material, a plastic, at 170 degrees,” Dodo explained. 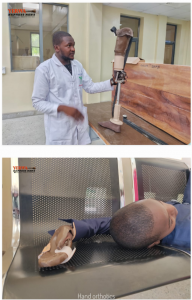 The sockets, simply put, are the coupling points of the various components of the artificial device.

The fourth of the production lines does the ‘finishings’ of the device.

‘At the machine room, we have a router machine. It is used in “finishing” or shaping the prosthetic into the desired size and shape. We also have the drilling machine, which is used to drill holes in the devices, for couplings. Machine room 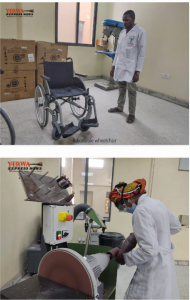 The fifth stage is assemblage. This is the point at which various components of the device are assembled together to give the desired functionality, Dr. Dodo explained.

Interestingly, the centre has a lamination machine, one of the latest technologies in the field, which carries out all the six processes or so almost at once.

The UMTH Physical Rehabilitation Centre also has a wheelchair and crotches customization room, which customizes wheelchairs and crotches according to specific sizes and needs of the user.

When the device is completed, the patient or user, is invited to “give-it-a-try” Gait training, where he or she is trained on how to use it.

‘After the fabrication, we teach them how to use the device. We also offer some treatments to them before using or after using the devices,’ a Gait official at the centre said.

Now in its sixth month of operation, our correspondent has learnt that, the centre has produced at least 200 prosthetic and orthotic devices to users within the North East region.

The CMD, Prof. Ahidjo, speaking to our correspondent, said the centre is ‘a complete turning point in the story of disabled people.

‘We want everyone to know that the centre can give back lost hopes. Those who have been condemned to conditions of begging as a result of disability, can be retransformed at the centre.

‘Many do not know they can walk again, that they can live an almost normal life again and pursue their careers,’ the professor said.

He said the public can do well to refer people with disabilities to the centre in order to get treatment.

‘I have seen real time how lost hopes are restored.

‘I have to, on that note appeal to government authorities, nongovernmental organizations and philanthropists, to sponsor the treatment of the disabled persons who are roaming our streets as beggars. Their situations are not as worse as those I have seen.

‘This is, I think, the best form humanitarian intervention, given that some of the patients are victims of bomb attacks, crossfire operations and road accidents, with few other congenital diseases.’

More photos from the centre