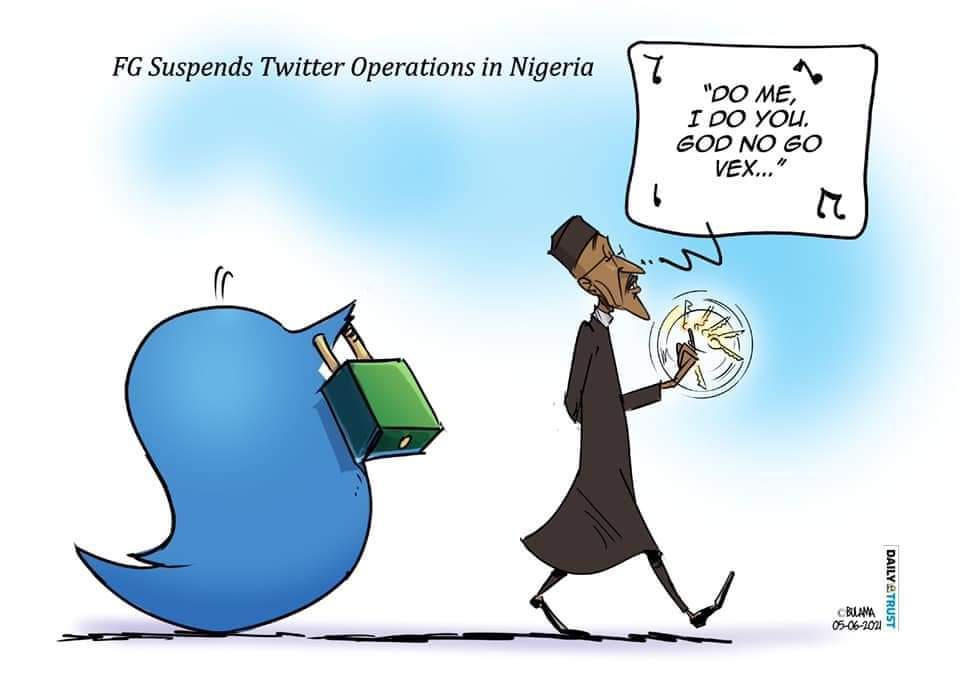 * Nigerian who tolerates this insult is just a self hating sychophant

Twitter made a statement in which they said they don’t know President Buhari and which country he runs.

When you’re blinded by hate and self imposed narrow mindedness, you will applaud someone who is clearly insulting you.

Most Nigerians who are sympathetic with Twitter today don’t know how much of an insult this comment is to even them.

They see Buhari as the target here but there are two elements in this insult.

Twitter is brazenly saying they don’t know Africas most populous nation and the country with the highest concentration of black people in the world.

Twitter is brazenly saying they don’t know a country where over 11 billion dollars of their revenue comes from with over 40 million subscribers.

Some years ago Pastor Chris Oyakhilome chose to use twitter to communicate some prayer information to Christ Embassy members worldwide.

Within few weeks Pastor Chris broke the records of having the most amount of followers within such a short period.

Simply put, Twitter believed that nobody from a place like Nigeria had enough clout to garner such followership within such a short time – a feat that no Hollywood star was able to achieve -.

Pastor Chris wasn’t prepared for their drama, he pulled out of twitter and challenged his church tech people to design a platform that the church can use. That’s what gave birth to Yookos.

Today Yookos is a formidable competitor with Twitter so much so that ex President Barack Obama acknowledged the giant strides made by the platform within such a short time after it was launched.

Eventually twitter confirmed Pastor Chris’ account and “apologised” but it was too late. Pastor Chris had moved his huge followership into Yookos.

Several years later Twitter is saying that they don’t know the country that the same Pastor Chris comes from. That’s arrogance taken too far.

Any Nigerian who tolerates this insult is just a self hating sychophant.

Someone says you and your country don’t matter and you’re jubilating.

Is that not a serious sickness?