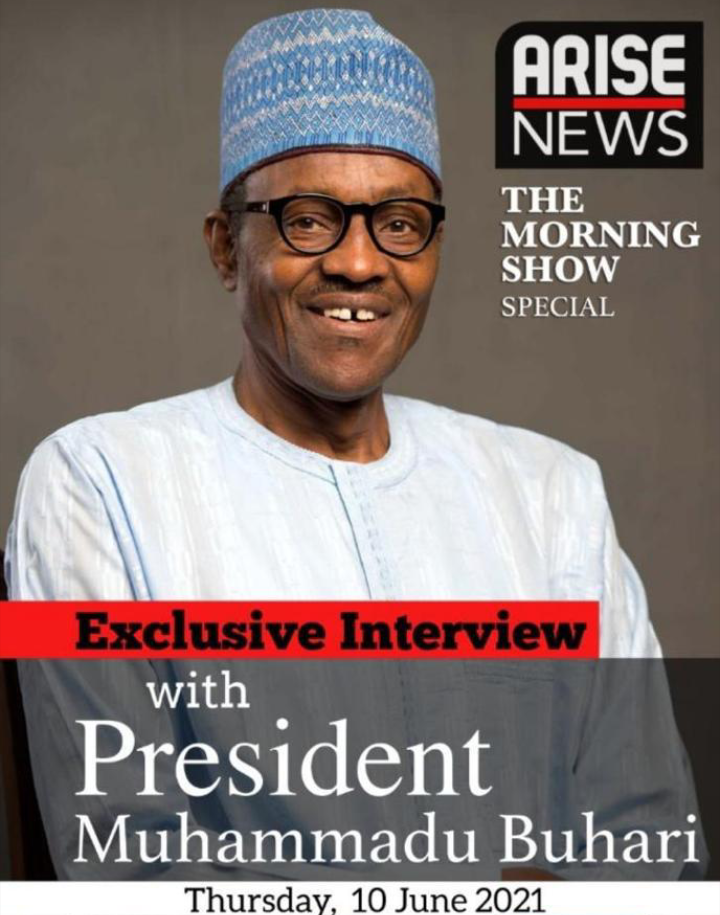 * Take the North West for example, people with same language and culture are killing themselves, stealing each other’s properties. Imagine the madness. Well, I have now told the military and the Police to be brutal. From now, we will speak the language they understand and in the coming weeks, you’ll get exactly what I am saying

* My statement about speaking Language is very simple. It is meant for all criminals in Nigeria. What it means for the IPOB is that I will go after them through the military and police and rid them of their criminal tendencies. I have no regret whatsoever

* You’re saying someone who had gone through military and police training all his life should not be appointed to lead the military or police department he works with just because we must balance appointments? What are you saying? The system didn’t restrict anyone from joining the military or the police, and if you decided not to join, we will not force you but you too will not force us to bring someone who is not qualified in training and experience when it comes to leadership of these institutions just because we want to balance some appointments

* Two Southwest governors came to me to say cattle rearers are destroying farms in their states, I asked them what happened to the grassroot security panels from Traditional Rulers to Local Governments who meet regularly to identify the root of their problems and identify crooks within their environment and apprehend the criminals. Who destroyed this system? Go back and fix it, give your people sense of belongings. I don’t like it when people campaign to become Governors and people trusted them with their votes and after winning, they can’t perform, they’re trying to push responsibilities to others. …we have three tiers of Government, Federal, State and Local. We have killed the Local Government totally. We will send N300m as allocation to a Local Government, one Governor will ask the LG Chairman to sign that he collected N300m but he will give him N100m and the Chairman will keep quiet…is that how we will continue? – PMB

They were all my junior starting from Obasanjo. I know their characters more than anyone, Buhari is kind, most disciplined and most diligent in his responsibilities. Any Christian leader spreading propaganda of Islamization or fulanization against the President is doing so at his or her own risk because he or she is fighting and challenging the wish of God. You shall not spread a false report. You shall not join hands with a wicked man to be a malicious witness. Exodus 23:1
Buhari was told several times that he would never see the inside of the Aso Rock but God says otherwise. His victory is divine. President Buhari was a dogged fighter and a man of destiny. – Gen. Yakubu Gowon

Even if it did not break any news, the 90-minute exclusive interview of President Buhari by Nigeria’s cable network, Arise News, did show that the Nigerian leader is not as demented as Farooq Kperoqi would want us to believe. Consistently over the last five years, Prof Kperoqi, a teacher in a US university and columnist in Nigerian Tribune, has been making the point in his articles that President Buhari is so mentally challenged that he could not hold a ten-minute discussion unaided. Many of my friends who work in the Villa have discountenanced this assertion vehemently whenever I confronted them, but Kperoqi’s unrelenting repetition of his claim has left me puzzled. The President’s taciturnity, aloofness and near absence in the face of a national turmoil has not done much to dispel Kperoqi’s theory. But watching the interview this morning (Thursday, June 10, 2021), I came away with the impression that the Atlanta-based professor is guilty of blatant exaggerations on the president’s health. There’s no doubt that at 78, Buhari has obviously lost some of his acuity and alertness. Senescence has certainly set in, and this explains why some of his answers were not related to the questions asked. But overall, he is fairly alert mentally and he has a good command of the issues bedeviling the nation.

The interview expectedly covered a wide range of issues: insecurity, Twitter, restructuring and devolution of power, corruption, national debt, IPOB and the South East, appointment of Army Chief, the Buhari legacy, open grazing and where the next president will come from. These are some of the key topics that have seized our national conversation in the last several years, and so most of the President’s answers were quite predictable. On insecurity, the President says he was almost overwhelmed by the violence in the North Western region given that the people there are of homogenous culture, religion and tradition. He however noted that the law enforcement agencies have risen to the challenge. ‘’We closed the mines and drove away illegal miners from Zamfara State, and this has helped to reduce banditry in the area’’, Buhari said. The President wondered why Igbos would want to secede from Nigeria when they live and own massive property all over the nation. On why the president has not considered any Igboman for appointment as a service chief, the President stated that such positions require persons of immense experience, competence and cognate track records. ‘’For the chief of army staff, for example, the person must be well known to the soldiers who are fighting in the field so that they would relate with him very well’’, the President said. This explains why the three army chiefs Buhari has so far appointed have been commanders in the theatre of war in the North East. This is the same consideration that influences the appointment of military chiefs in the US, for example. In May 2015 when President Obama nominated Marine General Joseph Dunford to succeed Gen Martin Dempsey as the Joint Chiefs of Staff Chairman, the President relied heavily on Gen Dunford’s track records. Gen Dunford had served as the Commander of American and Coalition Forces in Afghanistan in 2013 and 2014 and was just before his elevation, the Commandant of the US Marine Corps. Note that Afghanistan was the main theatre of war for the US as at 2015. In fact Obama described Gen Dunford as one of the ‘’most admired officers in our military’’, and someone whose decision-making he trusts.

I was particularly struck at President Buhari’s answer to the question on our huge foreign debts. The Buhari administration has borrowed billions of dollars from China and some multilateral agencies to fund infrastructure. The President said that he inherited decrepit infrastructure and empty treasury, and the economy could not develop if infrastructure were so bad. He stated that previous administrations earned so much from oil, yet they did not build roads, rail and bridges, so he had to borrow to fix these things. This was the exact same answer I gave in October 2018 when I appeared on the same Arise News morning show. I remember retorting back at the panel when they asked me why whether it was okay for the government to borrow so much: ‘’If you travel around the country as I do, you’d notice how bad our roads are. What do you want the President to do? Fold his arms and do nothing’’? Successive administrations between 1999 and 2015 have failed to invest on infrastructure. Federal roads were in a terrible state of disrepair and no single rail line was constructed, yet the country earned billions of dollars from crude oil exports. I am sure that the people who stole these resources and stashed them away are now the same people sponsoring violence and negative news against the country. They wouldn’t mind destroying the country, just because they have their ‘’Plan B’’ to run outside the country if, God forbid, crisis erupts.

On open grazing of cattle, the President said: “Two South West governors came to me to report that cattle rearers were destroying farms in their states; I asked them what happened to the grassroot security panels from Traditional Rulers to Local Governments who meet regularly to identify the root of their problems and identify crooks within their environment. Who destroyed this system? Go back and fix it, give your people sense of belonging. I don’t like it when people campaign to become Governors and people trusted them with their votes and after winning, they can’t perform, they’re trying to push responsibilities to others. ….We have three tiers of Government, Federal, State and Local. We have killed the Local Government totally. We will send N300m as allocation to a Local Government, one Governor will ask the LG Chairman to sign that he collected N300m but he will give him N100m and the Chairman will keep quiet…..is that how we will continue?” This is vintage Buhari. Plain and blunt. The President is essentially complaining about corruption among the governors and their inability to rise to their responsibilities. In my article in The Guardian today titled “Niger Delta and the search for peace”, I note that many governors are so afraid of confronting criminals in their states, yet they keep collecting huge sums as security votes.

Another interesting aspect of the interview was when the president was asked what his legacy would be. ‘’I will leave that for Nigerians to decide, but I hope that they will be fair to me. Nigerians should judge me fairly, based on what we met when we came in and what we have been able to do’’, the President said, noting that he will return to his farm when he leaves office. The huge security challenges which have enveloped the country have almost completely obliterated whatever achievements this administration has managed to record. The President risks being remembered as the peace-time leader under whom most Nigerians died. In my article titled ‘’Buhari’s legacy; Osinbajo’s burden’’ and published in The Guardian of February 5, 2021, I made the point that after eight years, the whole of Buhari’s legacy would be defined, not by the rails and roads he’d built, but by how well and safe Nigerians had lived under him. Let me end by commending Arise News, our own CNN, for consistently improving in its offerings as the nation’s only international cable channel. The Morning Show has become the most popular of the breakfast shows on our TV. The interview team comprised Nduka Obaigbena (Chairman of Arise News and Publisher of Thisday newspaper; Segun Adeniyi, Chairman of Thisday Editorial Board, Reuben Abati and Tundun Abiola).