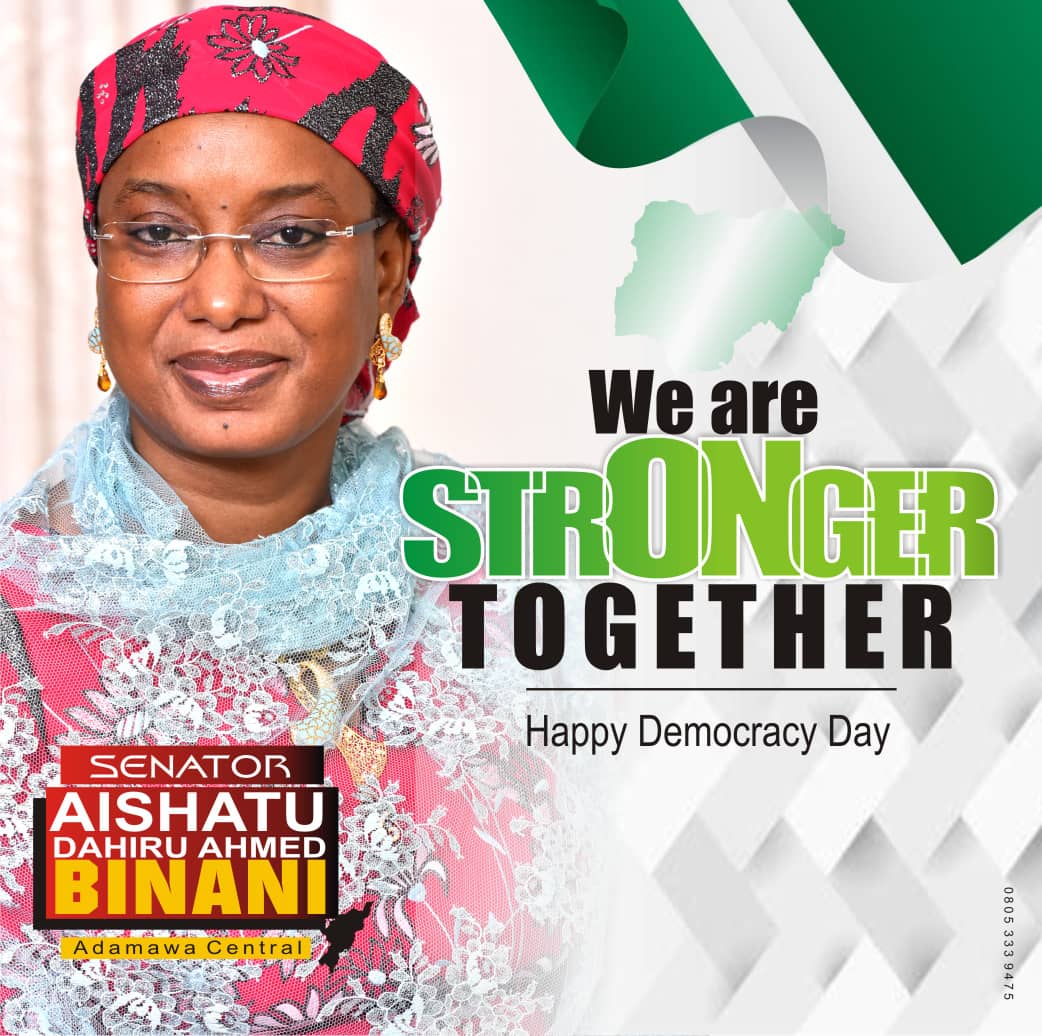 The amazing Amazon, whose not only central senatorial zone has breath the air of her achievements, personifying dividends of democracy but the entire state Saturday, called on the citizenry not to relent in prayers, endurance, peace, patience and mutual coexistence to defeat this trying time, she believed would be a history as much as the previous trials.

The democrac amazon has called on the citizenry not to be disenchanted by the hardship, social suffocation to the point of disintegration but to unite in the struggle against the disappointment, with the slogan, “we are stronger together”.

She said, “I must commend my good people of Adamawa Central and the state at large for your continued support and I urge you to maintain the tempo”.

Read below the full text of Binani’s Democracy Day message:

This day is a day to celebrate Nigerians from all walks of life for their resilience despite daunting challenges the country is passing through and the conviction that this too, like other challenges in the past, shall come to pass.

No doubt there is no better time to preach and reiterate the message of peace than now. I am convinced that in peace we can record achievements but in pieces we can only record losses. I want to assure you as your representative that I will do everything for our peaceful coexistence and urge you all to contribute your quota in this regard.

I must commend my good people of Adamawa Central and the state at large for your continued support and I urge you to maintain the tempo.

Remember, We are Stronger Together.