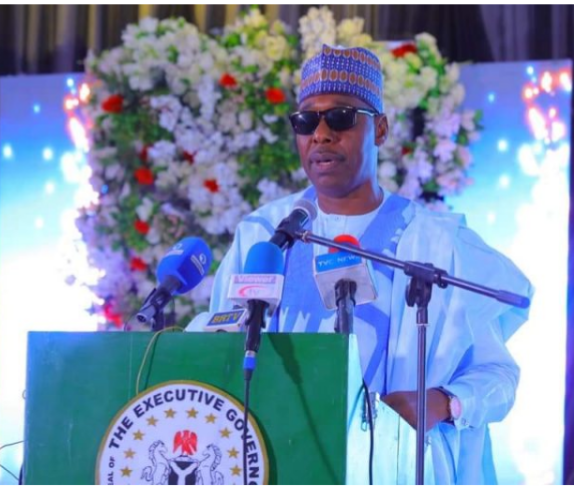 Governor Babagana Zulum of Borno State, Northeast Nigeria has reiterated the commitment of his administration to continue to prioritise security in the state for lasting solution to insurgency.

Zulum made the commitment Saturday, in his broadcast to mark his administration’s two years in office.

In the broadcast titled “Borno’s journey in two years “, Zulum listed among others measures taken by his administration to improve security.

“In these two years, we have together, witnessed continued turbulence even though in the midst of shared hope, shared optimism, shared faith, shared resilience and communal determination to ceaselessly devote ourselves to freeing our Borno from 12 years of vicious insurgency.

“As part of that commitment, we, from our first day in office, made security our number one priority.

This is in recognition of the fact that the fundamental duty of any Government is to ensure the safety of citizens to such a level that citizens themselves feel they are safe.

“My first activity as Governor of Borno State was to interface with head of the military involved in the fight against insurgents.

“In our first week in office, we interfaced with thousands of our volunteers from the civilian JTF, hunters and vigilantes, and we increased their monthly allowances, in addition to allocating to them more patrol vehicles and other logistics needed to enhance their operational roles of complementing armed forces in fighting Boko Haram.

“In our combined approach, we took aggressive steps of recruiting thousands of hunters from different parts of northern Nigeria, mobilized and deployed them to accelerate our support for the military.

“We made it a policy that in all our 27 local government areas, volunteers were strengthened with additional recruitment, surveillance vehicles and other gadgets.

“We extended tremendous support to the military, the Nigeria Police Force and other armed forces, through the allocation of vehicles, Armoured Personnel Carriers and other logistics.

“We gave far reaching support to families of fallen soldiers, other security personnel and volunteers. We made the government house 100% accessible to commanders of all armed forces in Borno and ensured we gave serious considerations to all security based requests.

“On regular basis, we held several high level collaborative consultations with Mr President, Commander in chief, former and incumbent service chiefs, the Inspector General of Police and Commanders of all paramilitary organizations, the Director Generals of the DSS and the NIA as well as heads of the military and security agencies resident in Borno State, with several efforts on the fight against insurgency,” Zulum said.

The governor also spoke on his visit to the headquarters of the multinational Joint Task Force in N’Djamena, where he held meeting with late President of Chad, as well as governors of provinces in Niger and Cameroon, all towards increased security collaboration.

Zulum further spoke on his assessment visit to all the 27 local government areas of the state which he said provided him the guide for his administration policies and programmes and the development of a 25 year development plan.

“We undertook several impromptu visits to local government areas in order to instill discipline in our civil and public service system at the grassroots.

“With shared commitments and with the strong goodwill, support and prayers from you, the people of Borno State, we are delivering 556 capital projects with 70 per cent of the total already completed while 30% are at various completion levels.

“As your Governor, I assure you that all resources are judiciously put to uses that are either benefiting all citizens or will benefit all citizens in the long run,” Zulum concluded.