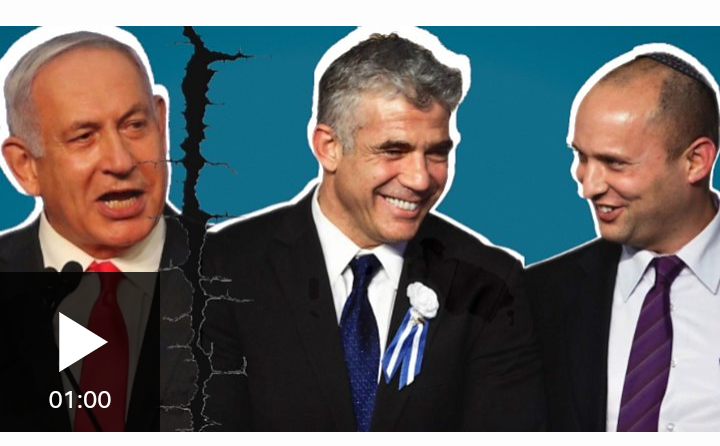 Israel’s parliament has debated the formation of a new government that has ended 12 years of rule by Prime Minister Benjamin Netanyahu.

The new government – an unprecedented coalition of parties – has a razor-thin majority of one seat.

Having had an approval few minutes ago, it has brought to an end years of political paralysis in which three elections resulted in stalemate.

In a power-sharing deal, Mr Bennett, who heads the Yamina party, will hold office until September 2023, when he will hand over to Yair Lapid, leader of the centrist Yesh Atid, for a further two years.

Mr Netanyahu – Israel’s longest-serving leader, who has dominated its political landscape for years – will now remain head of the right-wing Likud party and new leader of the opposition.

Having realised the formidable force, Natanyahu has in vain railed against the new government, calling it a “dangerous coalition of fraud and surrender” and has vowed to “overthrow it very quickly”.

Meanwhile, Netanyahu’s trial on charges of bribery, fraud and breach of trust – allegations he denies – continues