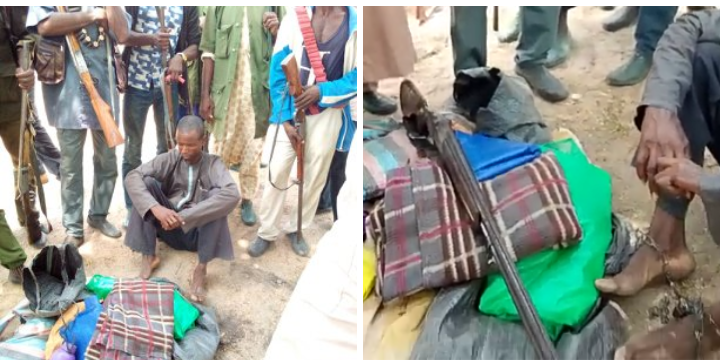 Maiha a local government, Adamawa state, northeast Nigeria was terribly neglected by the Bindow led government, even though the governor said he belonged to the local government area. She is also yet to feel the dividends of democracy under the present Fintiri led government. Unfortunately, she is under kidnappers’ siege, a terrible condition that led the LGA chairman, thinking outside the box, to initiate an international security meeting with the districts in Cameroon Republic that share border with Maiha LGA.

The international security meeting was held twice; the first was hosted by the Maiha LG chairman and the second was held in Cameroon republic.

Parts of the resolutions include to bring the security agencies, the vigilantes, the hunters and the fierce Fulani force together under allied force; to support the anticrime team and to strengthen security gathering in addition to the effective collaboration between Nigerian and Cameroonian security agencies.

The initiative was commended by the natives as a welcome development, as more kidnappers, among other inter-border criminals, were reported to be subdued, with some survivors rescued without ransom

However, as terrible accidents could not discourage passengers from traveling and motorists from their threatening trade, kidnappers luxuriating with handsome, beyond handful ransom for survivors’ freedom, have conceived the risk as tempting than the ability to scare them away from the barbarity.

There are the arrests and that is only because there are vicious, notorious, rather unrepentant kidnappers who are narcotised by and seemed cursed to continue with the criminality.

Among them is the Kidnapper Kingpin, who was apprehended with others at large at bugda hills in kwaransa village of Sarou district, Maiha local government area by the combined anticrime security team, comprising of the security agencies with vigilantes, hunters and fierce Fulani force

The kidnapper was reported to be involved in the abduction for ransom last week in Sarau district.

Among the items recovered include rifles, ransom and other valuable items.

Speaking to the Periscope reporter, the Chairman Maiha local government, Hon Idi Ali Amin disclosed that criminals crept in from the communities in neighbouring Cameroon, commit crime; creating kidnapping scene and crept out to claim for incredible ransom for freedom that begs for negotiation, mounting trauma against the victim.

“I can however guarantee you that with the brilliant activities of the allied anticrime team, kidnappings have reduced drastically in Maiha local government area and it will come to an end anytime soon, In Sha Allah, the chairman said.