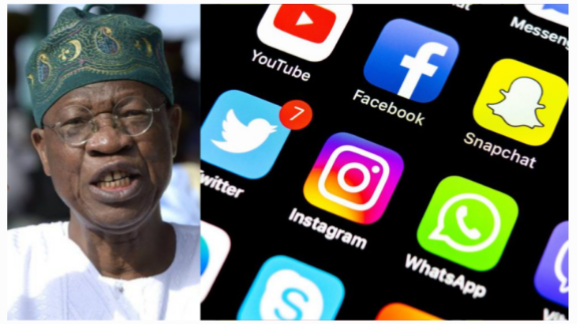 If the House considers the recommendation of the information minister, online broadcasting entities will have to get approval from NBC to operate in Nigeria

The federal government has asked the House of Representatives to empower the Nigerian Broadcasting Commission (NBC) to regulate the activities of internet broadcasting entities and other online media.

The Minister of Information and Culture Lai Mohammed, in his submission at a public hearing on a bill to amend the Nigerian Broadcasting Commission Act, asked the lawmakers to include the regulation of all online and internet broadcasting entities in section two (C) of the bill, as per a Premium Times report.

“I want to add that internet broadcasting and all online media should be included in the bill,” Mr Mohammed said.

Section two of the NBC act gives the regulatory body powers to receive, process and consider applications for the establishment, ownership of radio and television stations.

They will also be compelled to operate within the ambit of the Nigerian government, effectively subjecting them to the political experiences of the authorities.

The federal government’s request comes barely two weeks after the she banned Twitter operations across Nigeria, forcing telecoms networks to restrict access to the microblogging platform.

Information minister Lai Mohammed said the indefinite suspension of Twitter in Nigeria was on the grounds that the platform was being used to spread false information and “activities that are capable of undermining Nigeria’s corporate existence.”

The ban came a day after Twitter deleted tweets and videos posted on social media by President Buhari.

The federal government subsequently ordered all broadcasting stations in Nigeria to suspend the use of the microblogging platform.

The government also said all social media companies and over the top broadcasters (OTT) must register with the country’s NBC.