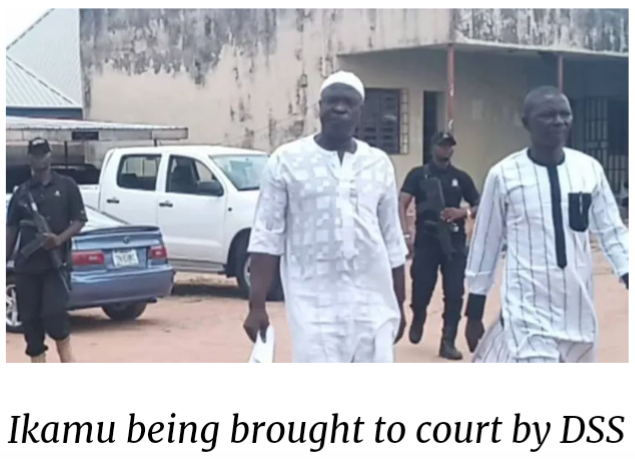 Ikama has in a viral video, character assassinated President Muhammadu Buhari and the Secretary to the Government of the Federation SGF, Barr Boss Mustapha, describing the most honoured Nigerian leaders as “useless men”.

The ACC leadership said it took the case to court with a view to caution and to serve as a lesson to those using social media to character assassinate innocent and responsible Nigerians.

According to Nakura, ACC has decided to join the popular call in the fight against hate speech being promoted by rather irresponsible undercover politicians, TG News reported.

“ACC has now joined the war against hate speech, against those using social media to blackmail innocent Nigerians.

”We are not for any party or religion, we are for all people. We are out to support anyone in the claws of this kind of person who earns a living by insulting others.

“We have charged him to court today, to join the war against evil social media propagandists,” Nakura said.

The case was filed days after Ikama released another video where he remorsefully retracted the insult said to have been poured out of ignorance.

In the second video, Ikama pleaded for forgiveness from both President Buhari and SGF Boss Mustapha that he was being overemotional to have also acted out of ignorance.

Ikama was however, arraigned before the Chief Magistrate Court 4 in Yola, Adamawa state where in tears pleaded guilty to the offense charged against him and that which he has since apologised.

The hearing was adjourned to 2nd August, 202 by the Chief Magistrate, Mr. Dimas Gwafu.

While some commentators commended ICC, other people interviewed have however considered filing of the case as an attempt by the ICC leadership to gain cheap political popularity, arguing that the hate speech case ought to have been filed long before the accused could have apologised.

Commenting, Yunusa Abubakar said there are some unrepentant citizens who daily insult the personality of the President on the pages of newspapers and via social media, using harsher words and tones than the Ikama’s, yet the ACC has not found any reason to drag them to court.

In the order of the court, Ikama was asked to be remanded in the prison until 2nd August for further hearing.