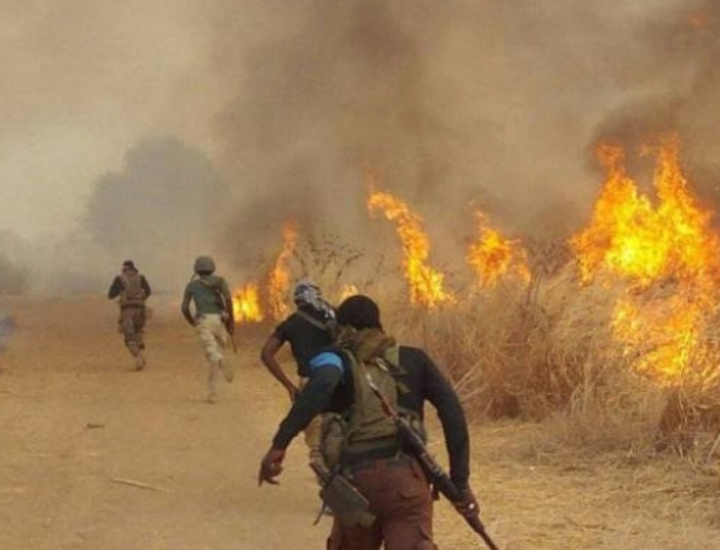 Unfortunately, seven gallant MNJTF soldiers paid the supreme sacrifice, while four other soldiers sustained varying degrees of injuries and are being treated in a military hospital.

Details of the operation was confirmed in a statement issued by Colonel Muhammad Dole, Chief of Military Public Information, HQ MNJTF N`Djamena Chad.

According to him, the troops displayed uncommon acts of gallantry and bravery when their location was attacked.

He said troops of the sector deployed in Baroua came under heavy attack by suspected BHT/ISWAP criminals in the small hours of Wednesday, 25 August 2021.

“The troops tactically canalized the criminals to their effective killing zone, brought heavy fire on them, and neutralized scores of the terrorists, while others escaped with various degrees of injuries.

“One terrorist suspected to be their leader was caught alive and a large cache of arms and ammunition were recovered and four enemy gun trucks were destroyed.”

“Coincidently, the Force Commander (FC), MNJTF, Major General Abdul Khalifah Ibrahim was in HQ Sector 4 Diffa on 25 August 2021 on the final leg of his familiarization/operational visit to the sectors.

“General Ibrahim commended the selfless sacrifice and act of gallantry, as demonstrated by the troops.”