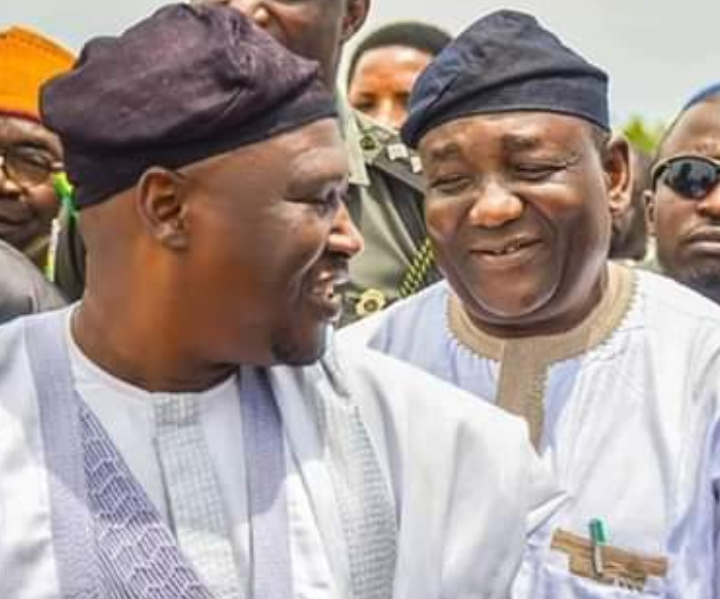 Fofano in a press statement said the publication in SaharaReporters should therefore be discountenanced for what he described as lies, malicious regurgitation of old licked vomit by street media urchins whose stock in trade is to destroy for pay and to placate for more pay.

According to Fofano “Chief Crowther Seth is a victim because he does not pander to the dictates of check book hack writers. I speak in his place because he will not subject himself to responding to puerile thinking that he is sure his boss Governor Ahmadu Umaru Fintiri will not give ear to.

“There is no iota of truth to Chief Crowther colluding with, of all people, the rag tag scandal tabloid to push a case for his entitlements.

“None of his emoluments have hung and he is a participant in the government’s belt tightening measures taken in good faith and loyalty to his boss”.

The media aide further said the Deputy Governor has maintained the fleet of vehicles he inherited and the replacement of his Number 1 vehicle reserving the old one as spare in standard procedure adding that he eats local cuisine and is not given to a display of entitlements of his office.

“The facts of the matter are that Governor Fintiri has not renovated the Government House, which he moved into save for the usual clean up that follows a tenure.

“The Deputy Governor’s residence was not occupied by Chief Crowther’s predecessors and therefore needed no renovation.

“Chief Crowther as everyone who knows him would testify, is a modest Deputy, keeping a low profile except when he goes on official duty. He is a lover of nature and has made his abode a home for his exotic livestock and rare birds and by his own volition has not been under pressure to move into the open official residence of the Deputy Governor,” he said.

Fofano stressed that at every opportunity, Chief Crowther has paid sincere glowing tribute to Governor Ahmadu Fintiri as his mentor and leader and has constantly sought prayers for his boss in every public gathering, reminding everyone that he is “nzo hube di kodo nzo kodei” meaning he is an appendage of his boss through thick and thin come what may.

“Regrettably however, is knowing fully well the fact that the decision to dignify the proponent of this campaign by refuting its concocted falsehood, fallacious statement and illogical reasoning will be met with mischievous manipulation of truth, the fraudulent manipulations of facts and a contemptuous arrogance of ignorance as they conjure all sorts of primordial myths to convince the sometimes gullible public.

“One sometimes wonder whether this like-minded exponents of the campaign against Chief Crowther Seth have a sense of history of the man; on the contrary they seem to suffer certain historical amnesia.

“Perhaps, one can blame their thinking faculty, which is shrouded by night marish satanic indictments that cannot see reason. Why would anyone want to put asunder what God has put together.

“This is the fourth rehash of the same story running now for the whole tenure of the Fintiri Administration. It is a concoction of lies and malicious innuendos intended to cause disaffection between Crowther Seth and his boss Fintiri.

“The intention is to pressurize Crowther Seth to join issues with the worthless tabloid knowing that this would be a distraction and a waste of the public servant’s time and commitment.

“Today is a historic day for Adamawa State. It is a day when the People’s Democratic Party elevated the Governor of Adamawa State Ahmadu Umaru Fintiri to the lofty pedestal of Chairman of the National Convention Committee. I speak as a citizen of Adamawa State that shares the elevation. I am not being political.

“Undoubtedly it is a very significant development owing to the many considerations. It is noteworthy that a man as young as Fintiri would be tasked to shoulder this responsibility. Adamawa should be proud and roll out the drums to welcome Fintiri back.

“Honour has been bestowed on Adamawa State and the onus now lies on Fintiri to make us proud. Across all the national dailies, the focus has deservedly been on this national development as we see history practically being made.

“But alas. Detractors are at work. Back home, the focus of some well read internet tabloids is the bizarre cooked story of the Deputy Governor of Adamawa State reportedly being disgruntled over issues as childish and clandestine as being sidelined for his official quarters, and unpaid travel allowances.

“It is the height of mischief. Is it imaginable that given the many political associates that the Deputy Governor and his Boss, Governor Fintiri share, Chief Crowther Seth would collude with a tabloid known for not wishing him well to propagate his plea to Fintiri?

“That the reporters of this tabloid have sought incessantly to malign and cause disaffection for Chief Seth is no secret. Thus campaign of calumny has been the only brand of the medium for reasons best known to themselves,” he said.

The media aide called on the public to disregard the publication by Sahara Reporters saying “enough of the grandstanding and throwing of stones, the posturing must stop; receiving no applause.”