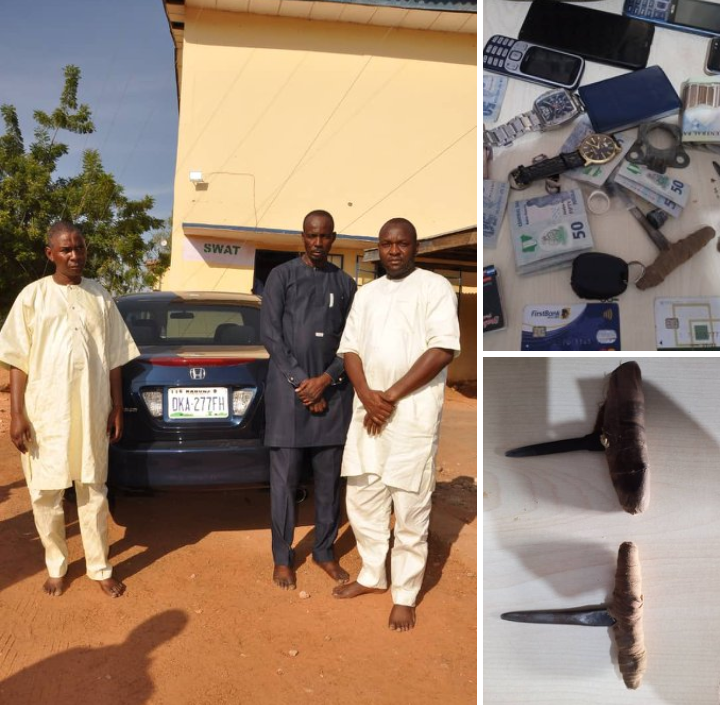 – The criminals came all the way from Kano, Kaduna and Plateau states to challenge the security of the state

“Similarly on 8/11/2021 and 9/11/2021, the same syndicate trailed their targets Abubakar Umar Wambai from Access bank
and Alhaji Yusuf Muhammed from Zenith Banks and stole from their cars N400,000 and N3.9 million respectively, using Master key and spray chemical.

“Investigation, which led to their arrest equally revealed that the suspects have been stealing from people’s cars, especially those coming out from banks, cattle markets and other business centres in and around Yola North and South local government areas of the state.

“The Commissioner of Police Mohammed Ahmed Barde, has commended officers and men of the *Crack squard* for reclaiming the public space and making it difficult for criminals of such to escape arrest”.

According to the press release, “Investigation further revealed that the suspects have been committing similar offences since February, 2021, in various places including Mubi local government.

“Meanwhile, as part of efforts at tackling Criminal activities and other related offences, the police boss, working in concert to deepen intelligence and strengthen security in the state, directed that the suspects be arraigned in court on completion of investigations. He called on citizenry to always report any suspicious movement around their neighborhoods to police”.