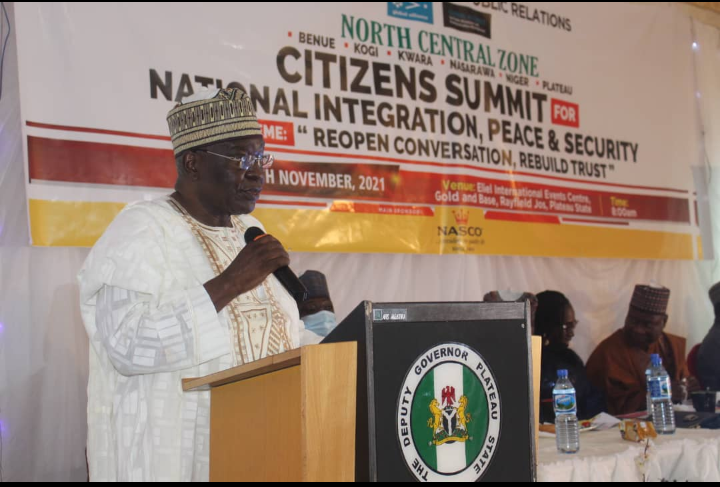 Plateau state governor, Simon Lalong said that opening up conversation on the numerous challenges being faced in the country would unlock citizens base solution.

Lalong stated this at the opening of the North Central Zone Citizens Summit for National Integration, Peace and Security Tuesday, organised by the Nigeria Institute of Public Relations, NIPR.

The Governor who was represented by his deputy, Professor Sonni Tyoden, noted that right from inception, his administration developed a blueprint, which was tailored towards peace building, inclusiveness in governance and the promotion of trust and tolerance among citizens of the state.

Lalong further pointed out that constant engagements are critical towards resolving most of the burning issues in the country.