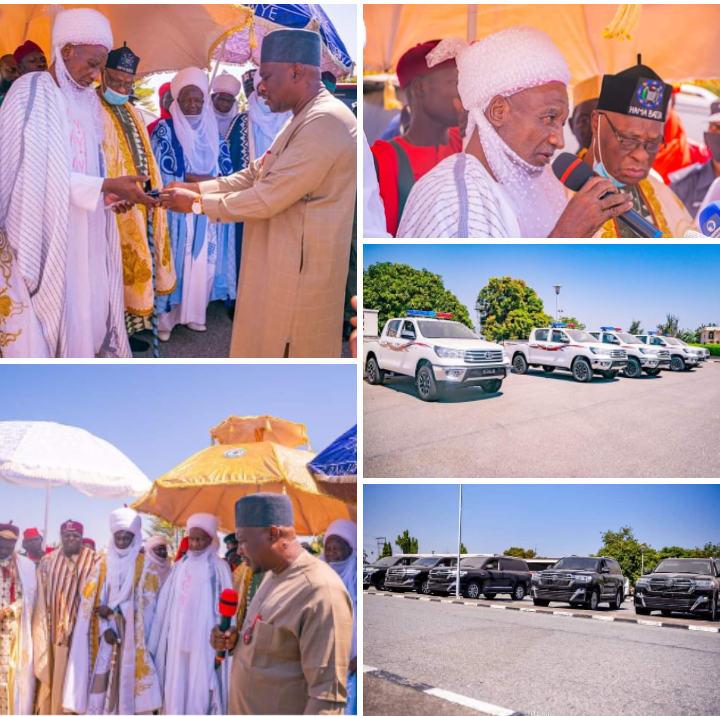 – the custodians of cultural heritage; religion, tradition, mutual coexistence, peace and unity, law and order referred to as Royal Fathers

Governor Ahmadu Fintiri of Adamawa state, Northeast Nigeria has presented official SUVs and a Hilux Pilot vehicles each to the Emirs and first-class chiefs in the state.

Presenting the keys to the royal fathers at the Government House in Yola Wednesday, Fintiri said the gesture was to enhance the seamless performance of their official duties, especially in the area of mutual coexistence, peace and security.

According to the governor, the royal fathers have been strategic and relentless in maintaining law and order in their various domains amidst logistic challenges.

Fintiri has called on the monarchs to intensify their efforts towards working closely with security agencies, especially in the area of intelligence gatherings and regularly interface with their subjects at the grassroots as part of measures towards stemming the tide of insecurity in the state.

Responding on behalf of the royal fathers, the Lamido of Mubi said the gesture would go a long way in assisting them to discharge their official duties effectively and efficiently.