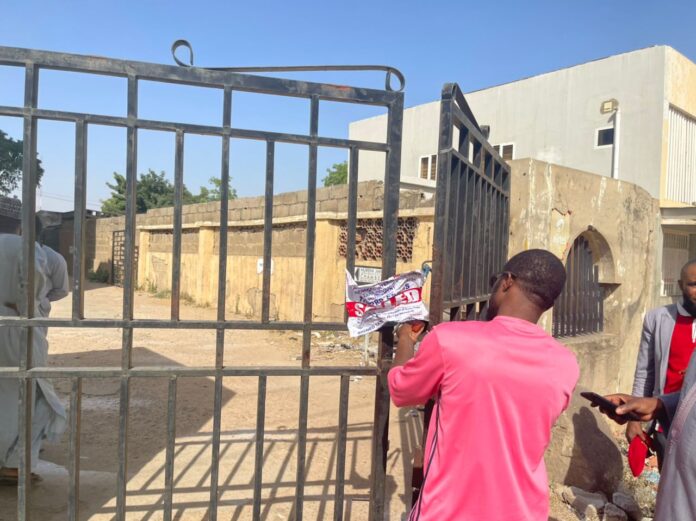 Kano State Government has unsealed a 6-story building, occupying many offices, including the chamber of Nuraini Jimoh, SAN, a lawyer who represents the faction of All Progressives Congress, APC, led by Senator Ibrahim Shekarau.

An FCT High Court in Abuja Tuesday, sacked the executive members of the APC, loyal to the state governor Ganduje.

The court, presided over by Justice Hamza Muazu, upheld the congresses conducted by the Senator Ibrahim Shekarau led faction of the party.

Barely 24 hours after the judgement, officials of the Kano Internal Revenue Service, acting on the order of the State Permanent Secretary, Bureau for Land Management, Zainab Braji, sealed the office complex, housing offices, including the lawyer’s own.

The team then brought a bill of over N3 billion ground tenement rent, which was allegedly not settled by the offices.

However, few hours after locking up the building, the state government unsealed, following widespread media reports.

When newsmen visited the scene, he observed that the officers that sealed the place were ordered back to unseal it by Mrs Braji.

The officers, who came in a white Toyota Hilux van with registration number KIRS 62, conveying the leader of the team, Hassan Idiris, quickly removed the giant padlock used to lock the gate of the complex.

When journalists asked why they unsealed the place, he said, “it is a directives from the Permanent Secretary to open the place”.

The state spokesman of the Police, DSP Abdullahi Kiyawa was present to investigate the alleged police involvement in the matter.